In 2013, Dong Nguyen of .Gears made a huge splash with Flappy Bird, a simple side-scrolling mobile game that’s incredibly difficult but addictive. He’s back again with Ninja Spinki Challenges, and it’s once again a very difficult game. 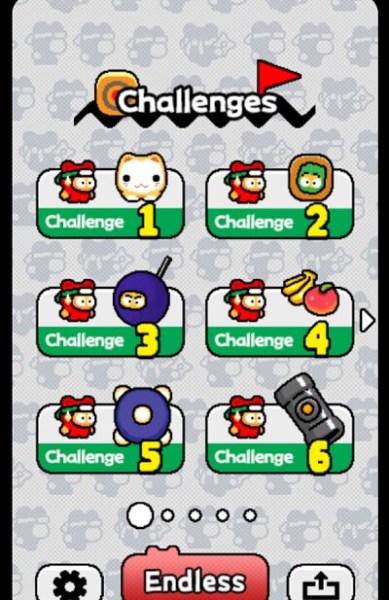 Above: There are six mini games in Ninja Spinki Challenges

Japan’s Obokaidem teamed up with Nguyen, who lives in Vietnam and runs his own studio, to create the game. They’re hoping it will click with the crowd of folks who just can’t stop playing a game that endlessly frustrates them. The title is available today on both Android and iOS.

The title consists of six different mini-games with the Ninja Spinki character introduced in a previous game, Swing Copters. I played the challenges, and I found them virtually impossible to win. They were like the original Flappy Bird, requiring incredible precision and timing just to get a few rounds of gameplay right.

The games each have two modes, challenge mode or endless mode. To play each mini game, all you do is tap your finger on the screen or draw a line with your finger at the right time to avoid moving obstacles.

If you manage to go up a level, you can unlock more stages and icons. You have to avoid getting hit by flying stars or getting shot.

All of the games were designed by Nguyen, whose style is quite familiar.

Obokaidem persuaded him to make the game, his eighth title, by agreeing to let him have complete control. He redesigned it seven times before he was satisfied. It took about a year and a half to finish, said Norio Nakayama, the executive producer at Obokaidem, in an interview with GamesBeat.

The companies combined because Nguyen is interested in Japanese culture and because the company made games with a similar 8-bit art style.

“We created a relationship with Dong, and we helped with development a little bit with some tweaks,” Nakayama said. “From the start, we wanted to create a series of mini games.” 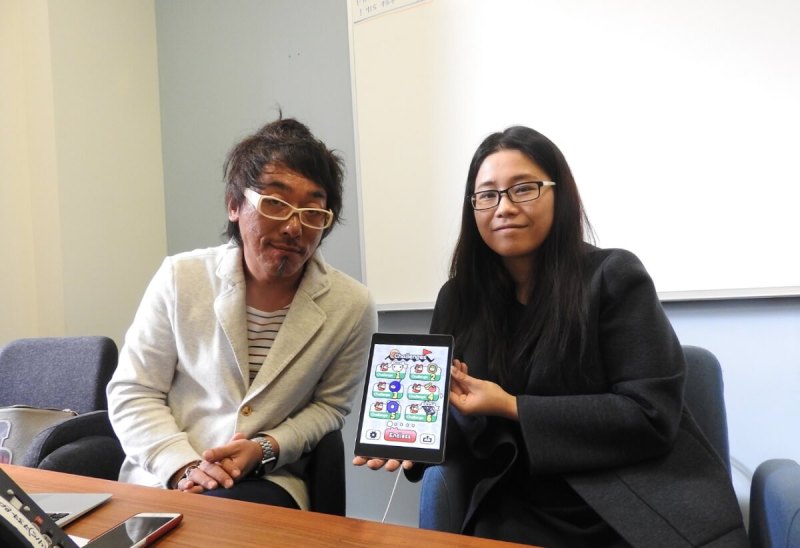 Obokaidem has 10 people in its publishing division and another 70 in game development. The company is based in Tokyo and is a division of Media Kobo. Its previous hit, Green the Planet, has been downloaded more than 2.5 million times. Obokaidem operates its own store in Japan.

Ninja Spinki Challenges has no in-app purchases and is free to play. It monetizes through ads. Nguyen’s .Gears previously published Swing Copters.