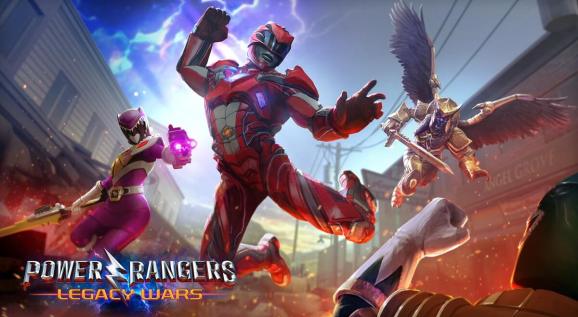 nWay, Lionsgate, and Saban Brands have unveiled the first details of Power Rangers: Legacy Wars, a mobile game that is timed to be released alongside an upcoming Lionsgate movie.

The mobile game is the first to feature Power Rangers from the upcoming Lionsgate feature film, and it fits with the general theme of big brands trying to barge into the $36 billion mobile game industry.

nWay is developing the game in partnership with film studio Lionsgate and franchise owner Saban Brands. The title will be a real-time multiplayer player-versus-player fighting game on iOS and Android devices. It will debut in March, the same month with the movie hits (March 24).

The Power Rangers are getting a movie reboot from a studio that has had a lot of success with younger audiences with films like The Hunger Games, Divergent, and John Wick. The Power Rangers have been on TV for 24 years.

“Power Rangers: Legacy Wars will be a game of many firsts for the expansive Power Rangers universe,” said Taehoon Kim, CEO of nWay, in a statement. “In collaboration with Saban Brands and Lionsgate, and with our vast experience in matchmaking player vs. player games over networks, we have created the first synchronous multiplayer fighting game allowing Power Rangers fans all over the world to battle against each other in real-time.”

In the game, Rita Repulsa, an evil space witch, will step into and corrupt the Morphin Grid. As she manipulates reality in an effort to implode the Grid from within, Rita will create virtual monsters and Ranger clones programmed to fight on behalf of evil. That means the Power Rangers will fight other Power Rangers for the first time.

To beat Rita at her own game, Zordon will give players special powers and the ability to curate their own team of legendary Power Rangers and villains from the multiverse.

“Our mission is to create unique and immersive gaming experiences for the fans of Lionsgate’s content allowing them to become more involved with their favorite characters and nWay has developed a technology that does just that,” said Peter Levin, president of interactive ventures and games for Lionsgate, in a statement. “The Power Rangers brand has always been about being a superhero with your friends and we worked with Saban Brands to bring that philosophy into a Power Rangers game for the first time by applying a multi-player mechanic with a mashup of characters that spans decades of Power Rangers storytelling.”

nWay is the San Francisco game studio behind ChronoBlade, a competitive and cooperative multiplayer action role-playing game for mobile, TV, and browsers.