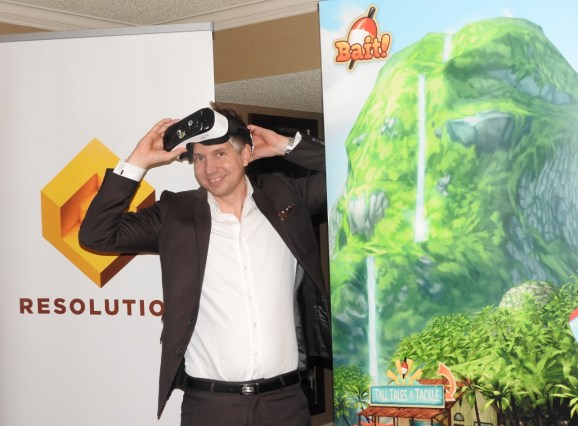 Tommy Palm of Resolution Games is co-creator of Bait! for the Samsung Gear VR.

Fishing fans with Google’s newest virtual reality device have a new game to check out.

Resolution Games announced today that its VR fishing game Bait is now available for the Google Daydream headset. Bait fiirst came out last March for Samsung Gear VR, where it has earned 1 million players according to Resolution. That is an impressive number in the young VR industry. Bait costs $8 on the Google Play store.

“We are so excited to see the initial interest in Bait as it crests 1 million players,” said Tommy Palm, chief executive officer and cofounder of Resolution Games, in a press release sent to GamesBeat. “And we now look forward to making the game available for the growing audience on Daydream, while adding the ability to use the motion controller for casting and reeling in fish, which adds a whole new layer to the game’s immersion within VR.”

Google Daydream released last November, and it works with Pixel, Moto Z, and other select Android phones. Resolution has already released its Wonderglade game, a compilation of carnival-themed experiences, for Google Daydream.

Apps have struggled to move many downloads so far for Google Daydream, with most games selling less than 5,000 copies and many others at as low as 1,000.