Tom Clancy’s Ghost Recon Wildlands debuts on March 7 on the console and the PC. It’s a vast, open world where your stealth soldiers take on a Bolivian drug cartel. And one of its unique features is four-player co-op, where you can drop in or drop out at any time. You can seamlessly switch from single player to four-person co-op at any time and still stay in the same open world session.

I tried it out at a preview session with fellow journalists at Ubisoft in San Francisco. We had a talkative quartet, and we tried out a few missions in a helicopter. With four humans, it was much easier to take out the key targets in a compound.

We also got into a crazy battle. We were cruising along in a SUV. I was leaning out the window and shooting at some pursuers. But then we passed by a parked Unidad military vehicle. The military police thought I was going to shoot them, so they turned hostile and pursued us. Our Ubisoft leader freaked out. 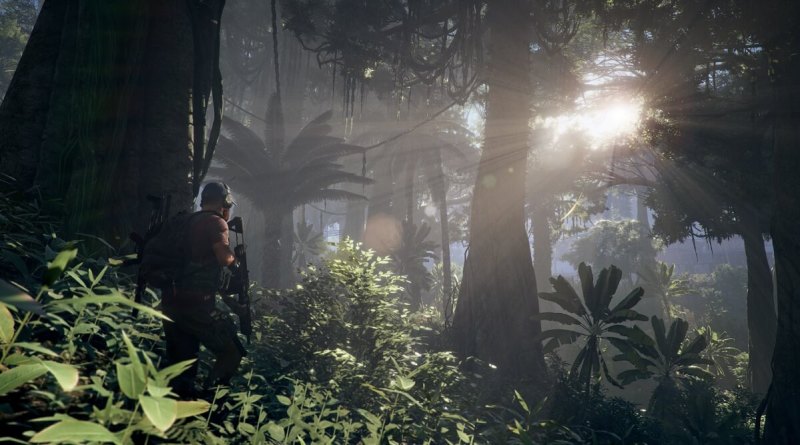 Above: Ghost Recon Wildlands has many different environments.

We fled the scene, but more Unidad vehicles showed up. Then we arrived at our mission point and got out of the car. We closed in on the Santa Blanca compound and attacked. But the Unidad reinforcements kept on coming. Soon enough, we were attacked by helicopters.

I got into a gunner’s seat in a vehicle and started using the gatling gun. I found the helicopters weren’t as tough as they seemed, and I shot a couple of them out of the sky. But then more ground police and helicopters showed up and pursued us. I shot more and more of them out of the sky, and then they finally nailed us. We couldn’t have staged a better action scene.

Here’s our video with some hilarious commentary.

And here’s some more co-op play with the same zany group.