In Asia, first-person shooter games are very different from the West, where Call of Duty and Battlefield rule. In China, Crossfire is the big shooter game, and Asian game maker Cmune hopes to shake the market up with the introduction of Squad Wars: Death Division.

Beijing-based Cmune is launching the free-to-play Squad Wars globally today — everywhere except the Chinese market. To date, Cmune’s FPS games have generated more than 26 million downloads. That’s a pretty good number, considering how hard it can be to control a shooter on a touchscreen. 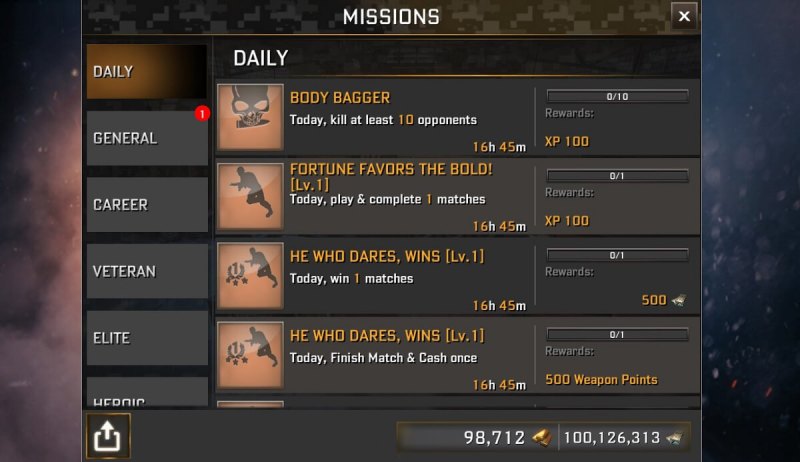 Above: Squad Wars has an elaborate structure as a free-to-play game.

But it’s not yet proof of a lasting franchise. Squad Wars is the sequel to Bullet Rush, a shooter on iOS. That game has been “sunset,” or designated for eventual shutdown. Cmune also had a very successful game in Uberstrike, a free-to-play shooter on the PC. But that game is also in sunset mode.

This is not to suggest that those games were failures. Rather, they had a life cycle, and they’re coming to the end. Cmune is always refreshing its games. It has a new iOS and Android shooter, Deadheads, in beta testing. And it hopes both Deadheads and Squad Wars, as well as the upcoming Payday: Crime War, being built for Starbreeze, will provide plenty of spiritual successors to its earlier games.

The latest game, Squad Wars, is a first-person shooter multiplayer game where you play as a mercenary in a modern combat setting. The title is available on iOS and Android, and it is one of three games the company is launching this year, according to Ludovic Bodin, CEO of Cmune.

In Squad Wars, players fight in a tournament hosted by a mysterious billionaire. Elite mercenaries from around the world want to claim the top prize and the riches that come with it. You control movement by using your fingers on the touchscreen, and you can set the gun to autopilot. That means it will shoot once you move the targeting reticle over an enemy.

The auto-shoot mode allows a player to focus on moving and aiming, which you can handle with two fingers. The weapon only fires when the cross-hair is fixed on an enemy. If you want to switch to manual shooting, you can do that by tapping a button on the top of the screen. You can also use an external accessory game controller. 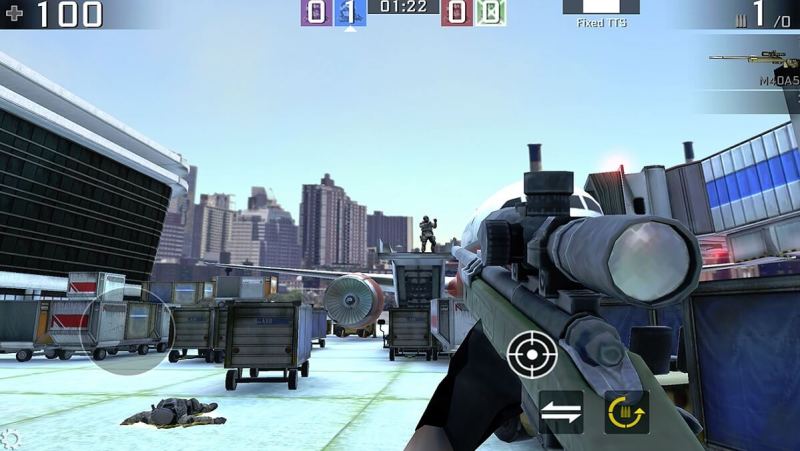 In addition to multiplayer, the game has a single-player campaign with 44 levels. You can use it to get familiar with the controls.

You can also customize the loadout for your own preferences. And you can play different characters, from Sergeant Max to “sexy Nari.” The game has more than 250 weapons, and the company will add more over time.

Weapons fall into all imaginable classes including combat knives, shotguns, machine guns, rifles, sniper rifles, and pistols. You can choose from thousands of possible loadouts, with new weapons regularly being added.

Modes include Deathmatch and Elimination and can be played as Team, 1v1, or Free for All. You can also play in a squad, teaming up with friends in public ranked matches. The game has deep Facebook integration.

The game allows players to log in using their Facebook account to save game progress, update their in-game profile picture with their Facebook display picture, directly invite their closest friends to join Squad Wars and compete against each other in a special “friends only” ranked leaderboard.

Squad Wars also has medal system thank shows a player’s level of experience. And it has a league system, where players are assigned to a league based on their medals rating. Squad Wars will have weekly tournaments and rewards for those who play well.

Later on, Cmune Cmune will offer constant updates with new maps, weapons, characters, and tournaments. The company has 15 employees and it has raised $5 million to date.