Ghost Recon Wildlands has incredible environments where you can climb to a mountaintop and then visit everything that you can see from that mountain.

I saw the game in a preview last week at Ubisoft in San Francisco, and then I did an interview with Nouredine Abboud, senior producer at Ubisoft on the game. When I played, I had to start pecking away at the huge task of breaking the grip of the drug lords over the entire country. Every place I went was hostile territory.

He said that Ubisoft hopes that players will realize just how much freedom they have in the world, which is a kind of replica of Bolivia with 21 provinces and 11 different ecosystems. Your job is to take out El Sueno, the leader of the Santa Blanca Cartel, which has taken over the cocaine business in the country. You also have to deal with the military, which is in cahoots with the cartel, and help the rebels fight back.

But you only have four soldiers, the ghosts who operate in the shadows. Can you do it? Here’s an edited transcript of our conversation. Here’s our preview of the game, interview with the lead game designer, and our videos. 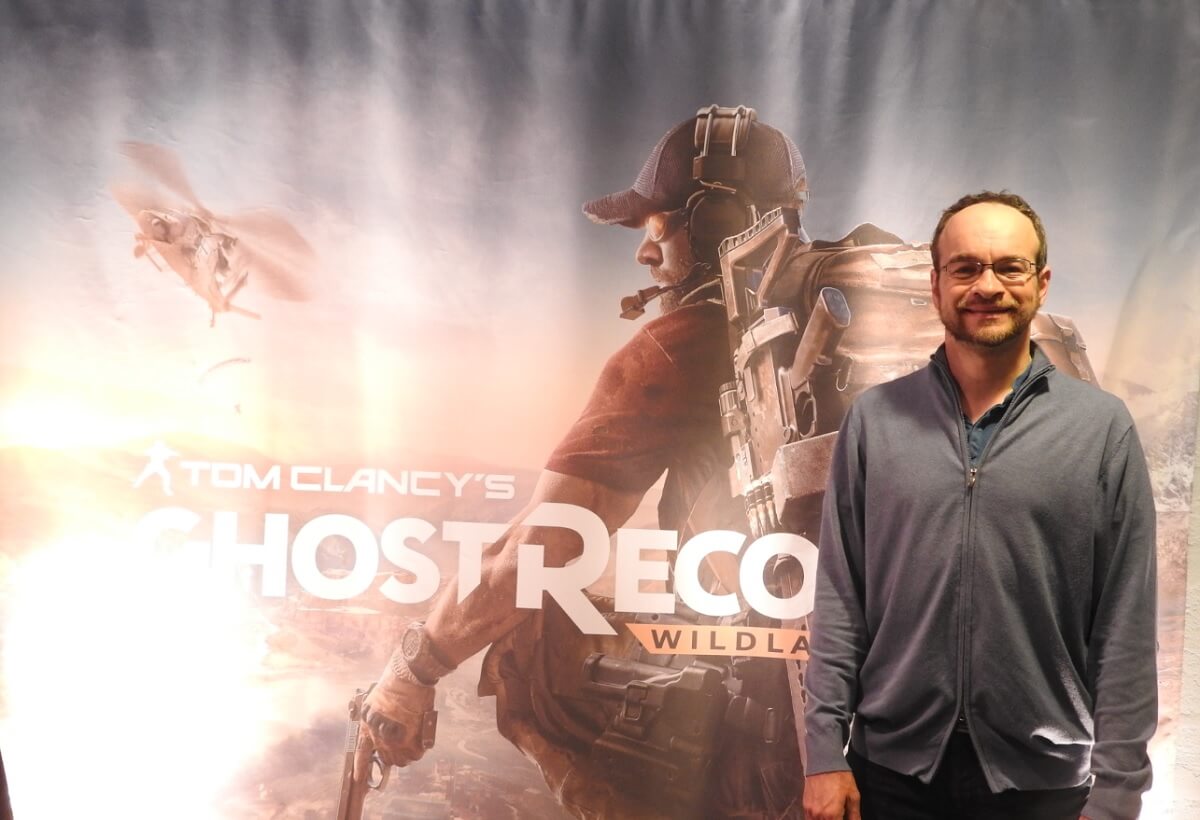 GB: How long ago did you join the project?

Nouredine Abboud: I worked on Advanced Warfighter 2 and Future Soldier. We started this project when we finished Future Soldier in July of 2012. So it’s been nearly five years.

GB: That’s a long time with the franchise. Why have you stuck with it?

Abboud: It’s two things. In terms of gameplay, it’s always been a very deep franchise. All of the games have brought something unique in how they play. It’s also a franchise where we’ve always had the possibility to bring in new ambitions. In this game, with the new consoles and high-end PCs, we were able to deliver the dream of creating a game that’s both a military shooter, what Ghost Recon is famous for, but also this massive open world. You can play four-player co-op and have everyone moving back and forth as if they were playing solo. For me it was a fantastic opportunity, and the same was true for the whole team. We have some great ideas for the future, too. There are always new things to do.

GB: Was there a clear direction you wanted to go that was different from Future Soldier and the earlier games?

Abboud: If you look the three basic elements here — a military shooter, a massive open world, and four-player co-op — there’s no other game on the market that has those at the same time. Being able to play a tactical shooter in a big open world where you can move from mission to mission and play the whole story in co-op, or switching back and forth between co-op and single-player, that’s never been done before. So the general approach is very different.

If you go into the details, having this gigantic map is new to the series, But also — I’ve been making games for many years, and I’ve been playing games for more than 30 years. Initially playing games online was very complicated. Then you had LAN games and things like that. Now, imagine that you only have an hour to play, so you begin to play solo. A friend of your shows up online and asks to join your game. They can come into your mission right away, seamlessly, and you’ll play co-op for as long as you want to. If you have some more time, you can go into the public matchmaking and find two other guys to join you. If someone wants to log out and go to sleep, the rest of you can keep playing. The ability to play the same game, the same missions, without having to reload or create a new save, that’s never been done before. 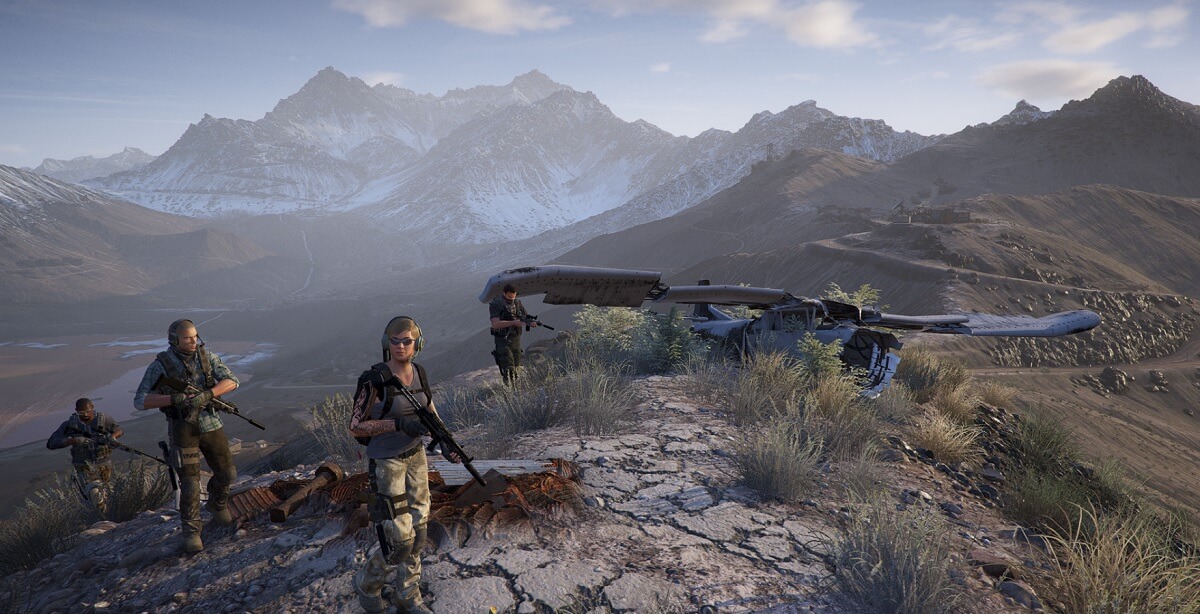 Abboud: All sorts of online experiences have their strengths and weaknesses. The big strength of our game is that you can have the online experience with three other players, but because we’re only talking about that small group of people — four people, not 40 or 400 — we can go very deep in terms of gameplay, graphics, and tactics. We sometimes say that two is a crowd in action games. But here, four people is the right number to have lots of new situations. You can create a lot of chaos with just four people. And we can still have very strong graphics, a very deep draw distance. We have a lot of A.I. characters with their own complex patterns, a lot of vehicles with their own physics. You couldn’t do that in an MMO. We took what we wanted to take from other kinds of multiplayer games, but we wanted to bring that to the very deep gameplay that people expect from a Ghost Recon game.

GB: It’s very different from The Division as well, where you had a lot of people focused on a small space.

Abboud: We’re all in contact with other parts of Ubisoft and we know what’s happening with other games in development. Right now, big triple-A games are all trying to push some particular strength. In our cases, I think what we have is quite unique.