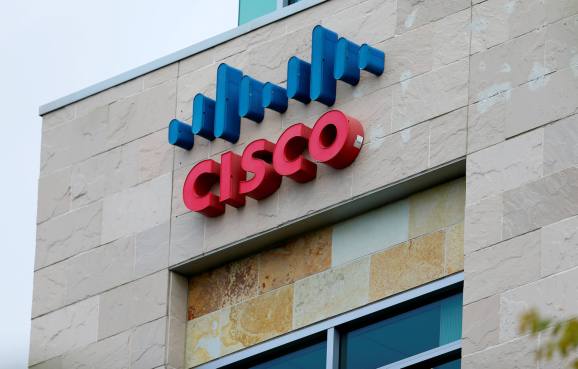 (Reuters) – Cisco, Bosch, and several other companies have set up a consortium to work on how blockchain can be used to secure and improve “internet of things” applications, as sectors beyond finance seek to benefit from bitcoin’s underlying technology.

The group, which also includes Bank of New York Mellon, Foxconn, security company Gemalto and blockchain startups Consensus Systems (ConsenSys), BitSE and Chronicled said on Friday that they will collaborate to develop a shared blockchain protocol for the internet of things – the concept that everyday objects, from washing machines to shipping containers, will be connected to the internet and will be able to send and receive data.

While having more devices connected to the internet presents some advantages for consumers and businesses, it also increases the scope of devices which could be hacked.

Blockchain is a tamper-proof distributed record of transactions that is maintained by a network of computers on the internet and secured through advanced cryptography. Proponents of the nascent technology believe it could be used to provide additional security and better identity management features to internet of things applications.

“We are seeing tremendous potential for the application of blockchain in industrial use cases,” said Dirk Slama, chief alliance officer at Bosch Software Innovations. “Being able to create a tamperproof history of how products are manufactured, moved and maintained in complex value networks with many stakeholders is a critical capability …”

The consortium is one of several collaborative efforts by large companies aimed at advancing the development of blockchain technology. Around 40 banks are members of a blockchain consortium run by startup R3 CEV, while technology firms such as IBM and Hitachi are part of a consortium led by the Linux Foundation.

Companies in different sectors are looking at the technology, but some financial firms have forged ahead, recently announcing plans to deploy new blockchain systems this year.

The new internet of things consortium highlights how companies could make bigger moves in blockchain this year.

“Securing identity for physical property and packaging is going to be a big business opportunity over the next decade, high value parts of logistics supply chains and regulated industries like energy, pharmaceuticals, and cold chain could all see a blockchain component over the next decade,” said Joe Pindar, director of product strategy at Gemalto.

As investment into blockchain continues to grow, skeptics have warned that the technology may be hyped and that it may take several years before companies can reap its benefits.