In the game, you play as the last Mexican, saving the world one taco at a time. Romero-Brathwaite created the design for the game when he was 9 years old, and his parents put together a team to turn it into a reality. The game is now available on Steam for Windows and Mac OS. 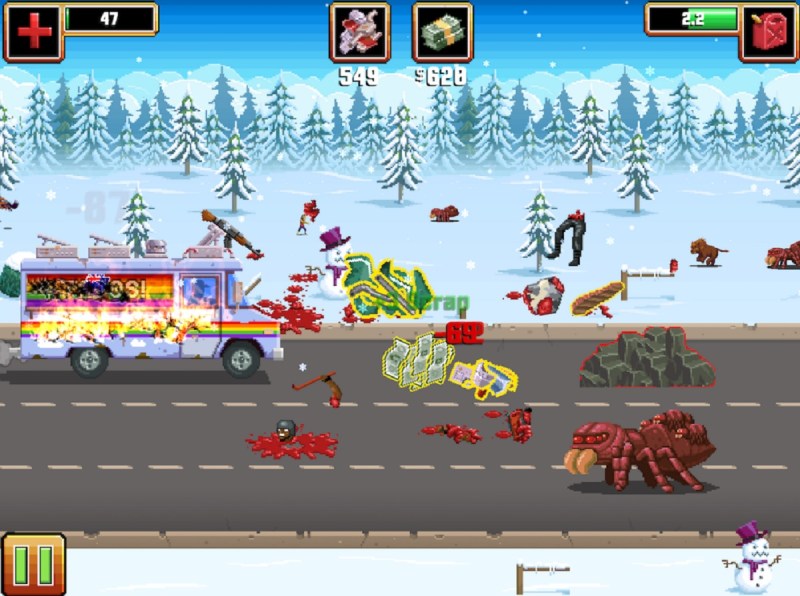 Above: Gunman Taco Truck is an action game.

Gunman Taco Truck is an action-packed drive across a post-apocalyptic United States to reach the safe haven of Winnipeg, Canada, where there are no taco trucks and your family’s taco business can thrive. The title uses 8-bit graphics, an increasingly popular and nostalgic art style.

It’s also a bloody side-scrolling game where you have to shoot at mutants coming down the road at your truck. Then, you use the body parts to make tacos for the hungry people in the cities. You use the money earned and scrap metal found to upgrade your truck and buy gas and supplies for the trip to the next town. 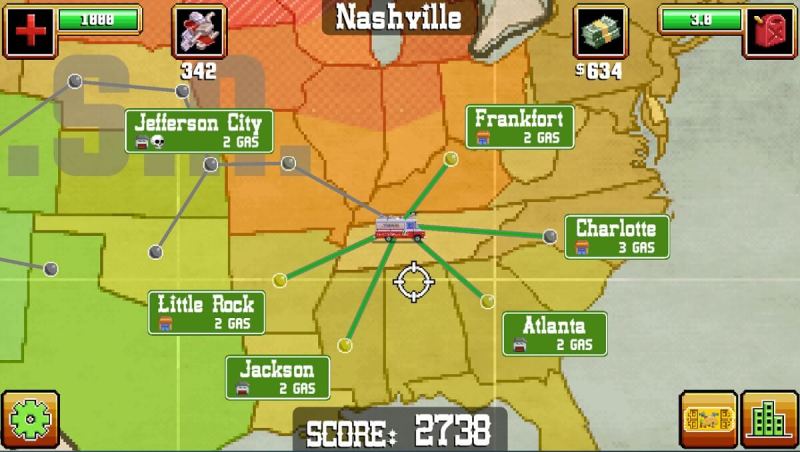 Above: Gunman Taco Truck will have you driving around the U.S. to get to Canada.

“It’s my first published game, and it’s been really fun creating a game,” said Romero-Brathwaite in a statement. “It’s basically been one of my dreams to create a game, and my dream has come true.”

Following a coding lesson, Romero-Brathwaite pitched the idea of Gunman Taco Truck to his parents. They liked it so much that they decided to make its development a family project. Romero-Brathwaite has been learning to code for the past three years, and the family put more than two years of effort into the game.

When asked to whom he wanted to dedicate the game, Romero-Brathwaite said, “main.lua.” (That’s coding talk.) 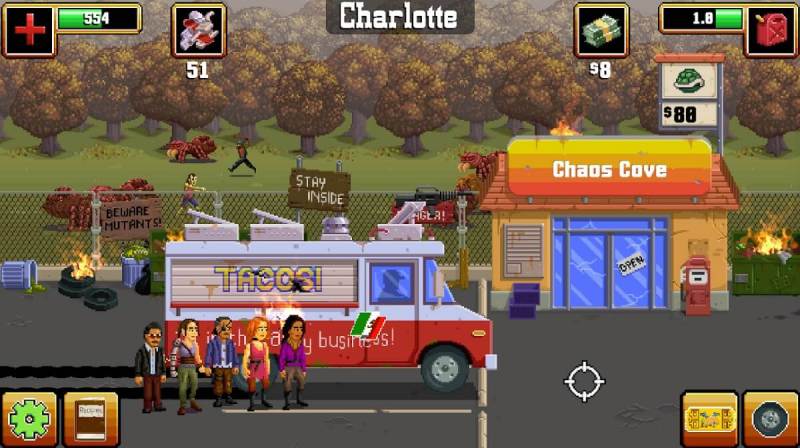 Above: You have to feed hungry people tacos with mutant-based fillings.

The idea of a kid publishing a game on Steam is rare, but games are the family business.

“We’re fortunate that we have family and friends to take advantage of his idea and make it a reality,” Brenda Romero said in an interview in 2015. “He has a good environment. He [is surrounded] by games all of the time. He’s probably at a stage of skill now where I was in my early 20s.”