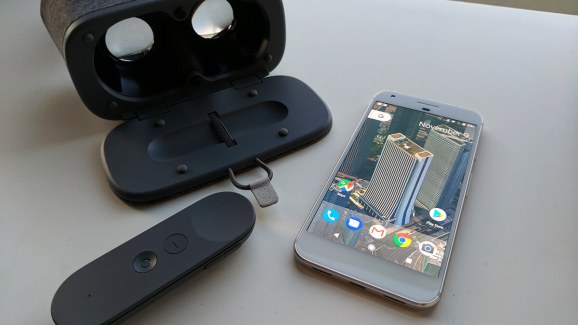 For its first few months of availability, Google only worked with a select group of developers on Daydream-compatible apps. While the approach allowed Google to work closely with partners and carefully curate content for the new Daydream platform in its opening months, it also severely limited the number of apps one could download for the new headset ecosystem through the Google Play store.

That’s about to change. Google has opened the doors for all developers creating apps along the company’s guidelines to submit. The change in policy could dramatically shift momentum in mobile VR, with Samsung recently announcing it sold five million Gear VRs to date as we wondered whether Daydream was off to a rough start. Many of Daydream’s apps were showing very small install numbers.

More options on software should represent a good thing for consumers as the Daydream ecosystem grows to support additional headsets and phones, all of which should be compatible with one another. That said, curation and VR is a tricky balancing act. If an app on your phone breaks it is just an inconvenience, but a VR app with problems can make the person wearing a headset feel ill. Additionally, too many apps can make it hard to find the quality content hidden among a number of copycats — a common problem in mobile app distribution as a whole.

We’re curious to see what effect this change has on the overall Daydream ecosystem as it evolves. There are undoubtedly some very skilled developers who have been unable to get their apps on Daydream because of Google’s approach so far, but likewise there might be a lot of low-skill developers waiting to push their incomplete software into VR for a few extra bucks. We may also see even more ports of Cardboard and/or Gear VR apps onto Daydream as well.

We’ll keep you updated as we sort through both the good and bad in the coming wave of Daydream VR content.