The Federal Bureau of Investigation revealed a heavily redacted report on its investigation into the #GamerGate controversy, where female game developers and critics received multiple death threats for being outspoken about diversity issues.

The FBI released the 173-page report under a Freedom of Information Act request, but most of the details, including the identity of people who were either victims or alleged online harassers, were redacted. But the report clearly shows that the FBI didn’t take the investigation very seriously and let off harassers with simple warnings, said Brianna Wu, one of the primary targets of #GamerGate.

Wu, who is running for Congress, said in an email that she is “fairly livid” because it appears the FBI didn’t check out many of her reports about death threats. Wu catalogued more than 180 death threats that she said she received because she spoke out against sexism in the game industry and #GamerGate misogyny that eventually morphed into the alt-right movement and carried into the U.S. presidential race.

She wrote, “We sent the FBI an entire hard drive full of information. We had multiple meetings with them. What makes me want to pull my hair out with the report is only a fraction of a fraction of the information we gave them was ever looked into.” 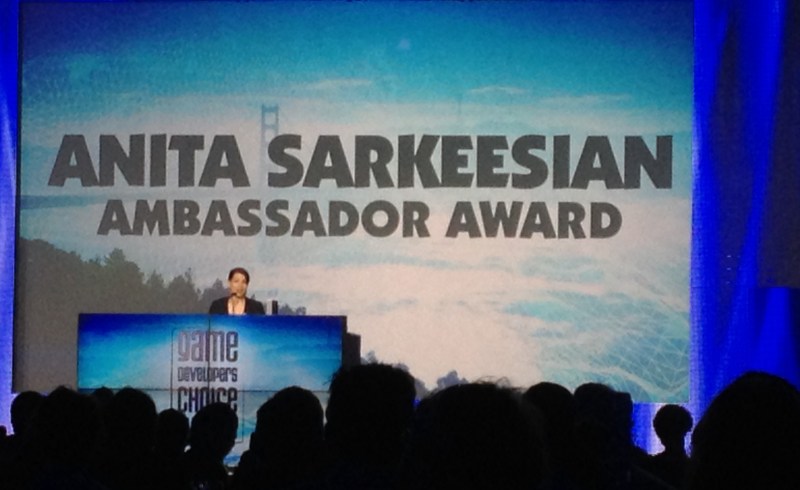 Above: Anita Sarkeesian accepts the Ambassador Award at the 2014 Game Developers Choice Awards.

She added, “Just to restate this again, we hired someone at my studio whose entire job it was to compile information on the people sending me threats. I think it was about seven months into [#GamerGate], we got an email from the FBI saying they’d never read anything we’d sent them. They asked us to send them a hard drive with the information on it and we did. We got a read receipt, and a few weeks later it was mailed back to us. NONE OF THAT MADE IT INTO THE REPORT.”

The report starts with the FBI noting a complaint filed with the San Francisco Police Department about threats filed against an unnamed person on September 12, 2014, a few weeks after the #GamerGate controversy erupted.

The report also describes a bomb threat made against an unnamed subject (Feminist Frequency critic Anita Sarkeesian) before a speech she was preparing to give at Utah State University in October 2014. The threat forced Sarkeesian, a feminist cultural critic who became a target of harassment, to cancel her talk. A New York Times article about the incident was included in the FBI report. The report also shows the FBI’s contact with the university to investigate the threat, but the FBI’s cyber squad was unable to track them since they were sent using [redacted].

The report includes details of another chilling Utah State University threat, which promised a “Montreal Massacre style attack” to be carried out using a “semi-automatic rifle, multiple pistols, and a collection of pipe bombs.” The report said the threat mentioned, “Feminism has taken over every facet of our society and women like [redacted] want to punish us for even fantasizing about being men.”

Still another email threat said, “We of GamerGate, or GamerGators, as we prefer to call ourselves, are sick and tired of you stupid feminists ruining everything by saying it’s sexist.”

The FBI sent a request to Google on December 12, 2014, asking the company to preserve records related to certain email accounts, as well as a YouTube account. The names were redacted. A similar request from the San Francisco office of the FBI was sent to Microsoft. 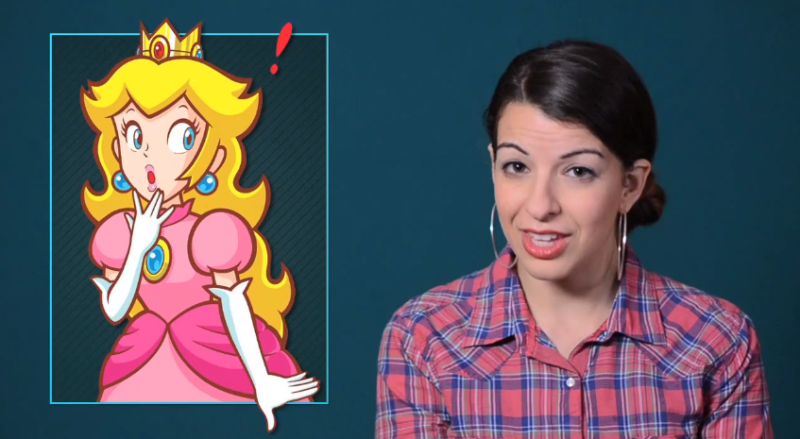 Above: Sarkeesian in one of her videos criticizing games.

And on December 19, 2014, an FBI memo said that it used the Palantir platform to analyze results obtained from a subpoena request to Twitter for account information for someone who made threats to someone (Sarkeesian) at Feminist Frequency. The Palantir search revealed a common user identification number for two of the investigated Twitter accounts.

The FBI also looked into a police report filed in March 2014 (predating #GamerGate) when someone threatened to set off a bomb at the Game Developers Conference, where Sarkeesian was scheduled to receive the Ambassador Award for her efforts to change the culture of gaming.

In January 2015, the FBI looked into more threats against a reporter and another person who was “swatted,” where mean-spirited pranksters get the police to send a SWAT team to someone’s house. An accompanying article in the Guardian talked about #GamerGaters sending SWAT teams to a home in Seattle for a critic of #GamerGate.

Some of the report refers to a victim of doxxing in Massachusetts, where Wu lives. The victim told the FBI about death threats and that she was staying at a hotel. On another occasion, a memo discusses a bomb threat made against PAX East, a game event that Wu pulled out of after receiving threats.

So while the FBI clearly investigated some matters related to Wu, Wu still said that much of the information she turned over to the FBI wasn’t in the report. 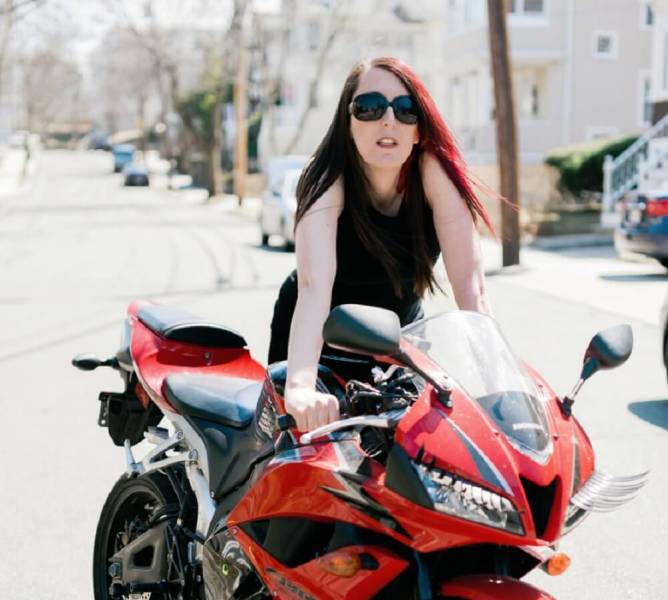 Above: Brianna Wu, cofounder of Giant Spacekat, plans to run for Congress.

In a couple of cases, law enforcers interviewed people who admitted to making threats. One of them told the FBI that his accounts had been hacked by someone else.

In another case, the Indiana State Police questioned a suspect in Indianapolis about death threats made to a female in Massachusetts. The minor admitted making about 40 to 50 threatening calls.

“He sometimes just harasses her and tries to get on her nerves,” the police report said. “He explained that he gets online in a chat group and she usually gets upset with them for what they are talking about. They recognize that she is upset and then they try to harass her to make her even more upset. The chat group asked [redacted] to call her and threaten her according to [redacted]. [Redacted] told me that he never made any bomb threats but doesn’t doubt that someone else in the chat group could have done it.”

The minor said he would stop doing this and apologized for the incident. The FBI said that it turned information over to the U.S. Attorney’s Office based on the Indiana State Police report, but the state of Massachusetts declined to prosecute and was closing the investigation. The report said that all investigative steps failed to identify any subjects or actionable leads and that the investigation was closing.

On Twitter, Wu said in reaction to the FBI report, “Reading it, I’m absolutely livid. Only a fraction of information we gave the FBI was looked into, They failed on all levels.” And she also said, “When I am elected to Congress, we’re going to make sure the federal government never fails women like this again. It’s a disgrace.”

Wu said in an email to GamesBeat, “All this report does for me is show how little the FBI cared about the investigation. I’m fairly livid. Assuming I win my race for Congress, the FBI can definitely expect me to request a meeting in my office about this appalling failure.”