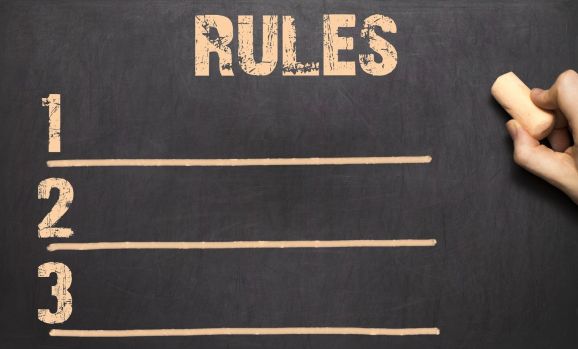 A number of technology businesses like Salesforce.com, Slack, and HubSpot have recently generated headlines for their efforts to foster employee equality and diversity. Salesforce.com has received kudos for trying to normalize its gender wage gap and instituting a rule requiring all internal company meetings to include at least one woman. HubSpot has instituted a diversity candidate interview quota for senior hires. And, Slack’s CEO, Stewart Butterfield, takes the aggressive approach of shaming hiring managers who attempt to “hire another white guy” because “people don’t like to look like a chump.”

I can’t think of a single tech company that is as diverse in terms of gender and ethnicity as would be desirable. Company leaders shouldn’t want their employee base to be homogenous – diverse workforces are smarter, more creative, and more productive. If your business has an employee base with a wide diversity of perspectives, backgrounds, and ideas, you will out-innovate, out-market, out-sell any competitor operating in homogeneity. Those competitors will miss opportunities that you won’t. Their marketing won’t resonate with their audience the way yours will because they will not understand prospects and customers the way your employees do.

But as a business leader, the one thing I try to avoid is a paternal approach:

These gestures are well intentioned and positive in the short term. They do raise awareness within an organization. However, force-feeding diversity to your hiring managers is ultimately destructive. Not only do these prescriptive programs fail to attack the problem at its roots, but they also create resentment within the workforce by asserting that your leaders cannot be trusted to do the right thing. This is why forced diversity training programs perform far worse than optional programs.

For example, I want leaders at my company to prioritize a diverse workforce because it’s great for business. Rather than treating them like three-year-olds who can’t understand the rationale behind a rule, we focus on helping them understand that a diverse workforce will improve their team’s performance and then we give them the tools to get there. This means tracking how we’re doing over time, educating hiring managers, mentoring up-and-coming leaders, and leading by example with our own hires at the executive level. Though there is still plenty of room for improvement, we have seen very clear gains over the past few years.

Another critical factor focuses on inclusion over diversity for the sake of diversity. Inclusion is about making sure all employees feel welcomed and valued as members of a shared team and that they are empowered to embrace both what makes them unique and different – the experiences that contribute to their identity – but also what they contribute to our collective team culture. If you hire employees from a diverse set of backgrounds but they don’t feel comfortable contributing in discussions, you’re not realizing any benefit and you’re just going through the motions.

I’m a 40-something white male, and I don’t want my own background to obfuscate my message. So I turned to one of my colleagues, Vinda Souza, to share her thoughts on inclusion: “I’m a 32-year-old Indian woman who has lived in a number of different countries. I spent the majority of my life in Saudi Arabia, but I am an ardent feminist. I am married to a white man. I was raised in financial and educational privilege. I have been the victim of overt racism and misogyny more times than I can count. All of these things are part of my greater identity and my ideology, but they do not singularly define me, and I am painfully aware when I’m being treated ‘specially’ by nature of what makes me look different. Ironically, I’ve never felt like a ‘token’ anything even when I happened to be the only woman or person of color in a room because I wasn’t brought in to those meetings to be a statistic. I was brought in because of my ideas, my intelligence, my ability. People of different races and genders can be stuck in groupthink, and people who look like Abercrombie and Fitch models can have completely disparate viewpoints. There is no one-size-fits-all rule, and singling out minorities for their otherness is profoundly pedantic.”

Ultimately, the goal to promote workplace equality and diversity is not only noble, it’s also a smart business strategy. But it’s important to remember that the benefit of diversity is in introducing challenging, progressive discourse and in promoting innovation and new ideas by attracting people of all backgrounds. Focus on creating and fostering diversity of perspective and thought as a business goal, and inevitably your ethnic and gender diversity stats will improve as a result. The smartest, most capable people in the world come from every race, gender, and socioeconomic background. Focus on the team, focus on empowerment, focus on respect, focus on identifying the value and intelligence that all of your employees bring to the table.

Art Papas is the founder and CEO of Bullhorn, a Boston-based company that provides CRM and operations software for the staffing industry.