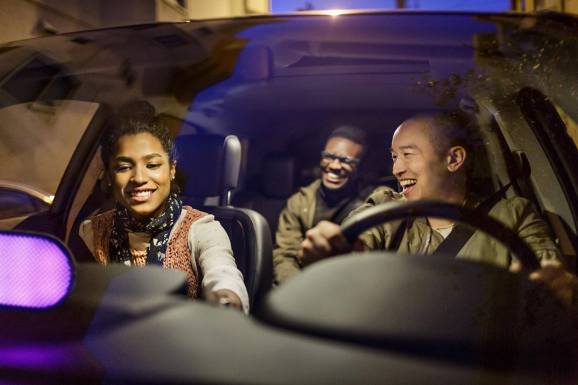 Lyft wants to do its part to help the world be more “diverse, inclusive, and safe,” which is why in the aftermath of an imposed immigration ban by the U.S. government, the on-demand ride service said it will donate $1 million to the American Civil Liberties Union (ACLU) over the next four years.

“Banning people of a particular faith or creed, race or identity, sexuality or ethnicity, from entering the U.S. is antithetical to both Lyft’s and our nation’s core values,” wrote John Zimmer and Logan Green, the company’s cofounders, in an email to riders. “We stand firmly against these actions, and will not be silent on issues that threaten the values of our community.”

On Friday, the White House issued an Executive Order prohibiting refugees, immigrants, and green card holders across seven countries from entering the U.S. Demonstrators responded by protesting at major airports across the country, including at JFK, San Francisco, and Dulles International.

While many Silicon Valley companies and their heads have expressed outrage over the travel ban, few are taking action. Besides Lyft, Airbnb said it will offer free housing to refugees and others affected by the executive order. However, companies like Amazon, Apple, Facebook, and Twitter and influencers such as Elon Musk have provided tepid responses. Game developers have rallied to this cause, as has the niece of former Intel CEO Andy Grove.

Uber, a frequent target of protestors, said it will be supporting drivers caught overseas, but that hasn’t done much to placate those who think the company should do more, especially with CEO Travis Kalanick advising Trump — a #DeleteUber campaign has been making the rounds for some time.

Zimmer and Green make it clear in their letter that the $1 million donation was made “to defend our constitution.” This isn’t a personal contribution, but one from the company. “We know this directly impacts many of our community members, their families, and friends,” they wrote. “We ask that you continue to be there for each other — and together, continue proving the power of community.”