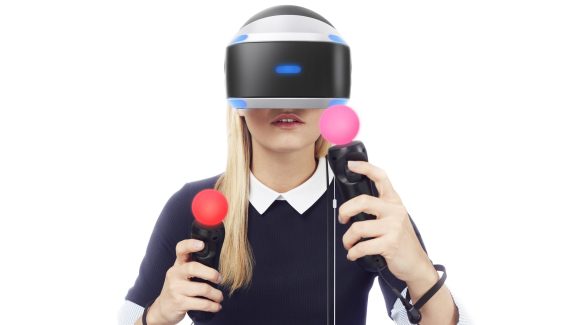 My company, Forward – a human capital solutions company focused on talent acquisition and development for innovation leaders conducted a survey directed to founders of augmented reality and virtual reality technology companies. The purpose, to get a snapshot picture of talent attitudes and trends. The goal, the help give some visibility to the industry to move forward. Out of the hundreds of international VR and AR companies, 70 founders responded to the survey.

Here are the top trends that emerged from our survey:

Women in VR and AR on the rise

At 64.3 percent of the respondents to the survey were women founders leading the companies. This positive trend suggests that women may finally break through in technology. However, when it comes to technical roles, men still dominate; 61.4 percent of responding companies have a gender split of less than 50 percent. The data also revealed that more men were in technical roles than women. While women may have the drive and passion to start companies, they continue to lag behind their male peers in technical roles. There’s still much work to do in order to close the gender gap, starting at educational levels. However, The data suggests women are leading the development of AR/VR technologies.

Technical skills ensure employability. When it comes to education, computer science degrees are in big demand at 78.6 percent, followed by film and creative at 67.1 percent. However, liberal arts degrees beat mathematics at 30 percent. Most of the founders do not have technical skills but possess deep experience in their industry. They are experts in understanding the big picture of how VR/AR can transform their industry, and then hire the people who have the necessary skills to bring the vision to fruition. It suggests an important split we’ve known for some time. Visionaries and innovators tend to be big picture thinkers who may not be too strong in technical but excel in leadership. Technical people drill down into the details that the innovators may gloss over or not understand. We need both skills sets to leap into the next generation technology. Also in huge demand are workers that have a combination of technical, film and creative experiences.

When asked about education levels, the majority of respondents had a degree. However, the data also revealed more respondents did not complete college than those who had doctorates. It supports Peter Thiel’s idea that college may be overrated and a major reason for many industries stalling, when compared with technology entrepreneurship and innovation continually moving forward.. Success is not defined by degrees.There’s an ongoing debate that schools create great workers but not great entrepreneurs and innovators. The results of this survey suggest that passion really is the ultimate decider of success when it comes to big breakthroughs that make a major impact on society. Companies may also want to re-think their hiring process and credentials to account for this factor. The lesson here – results mean more than degrees. Entrepreneurship is not for the meek.

The skills needed to forge ahead and overcome obstacles create resilient people who are also creative problem solvers by nature. At the same time, these results don’t dismiss the value of advanced degrees or the pursuit of formal education either. It forces us to look beyond the surface when it comes to hiring and investing in founders to see if they have demonstrated the necessary grit to forge ahead and make something out of nothing. It may be one of the greatest ironies of our age that some of its greatest contributors and innovators to technology have not had a ‘formal’ education. People who are demonstrated self-starters are curious by nature. They tend to be independent, creative and innovator thinkers. These are the skills desperately in-demand for effective leadership.

I found that 51.4 percent of respondents are considering hiring from overseas, with 34.3 percent saying they cannot source find qualified workers that they need locally, and 22.9% have virtual workers. Companies are sourcing workers from overseas as well as relying more on a remote workforce. We’ve reached location independence for much of our work and the advent of VR and AR technologies (ironically) will further this trend exponentially.

In addition, the high cost of living and labor in the San Francisco Bay area makes innovation there increasingly difficult for startups on tight budgets trying to prove concepts and ideas. We expect to see a broader diversification of the digital labor market in terms of geographic locations. Startups don’t need to be in “The Valley” anymore either to succeed, and this is a really important trend to be aware of in 2017 and beyond. Location independence frees many companies from being forced to carry the burden that high costs of living, taxes, labor and rents create for startups that want to focus on ideas rather than meeting large financial overheads.

VR/AR with an education purpose leads the pack when it comes to startups, followed by a tie between gaming and film. While these new technologies are sure to have a big impact on every industry, education and entertainment are the big growth opportunities for interactivity. When it comes to education models and teaching tools, VR is a revolutionary force that will transform education. For entertainment, these technologies revolutionize the industry and consumer experience to one that is interactive and personalized.

That 31.4 percent are working on nonprofit projects suggests a third interesting trend: a broader social shift in how technology is being developed, and the social purpose behind it is occurring. This development is in alignment with a generation coming of age that is interested in solving problems and creating socially responsible companies. Nonprofits are gaining popularity. Film and gaming continue to evolve their purpose and function beyond the entertainment industry moving into education, healthcare and defense. Mobile is also on the rise, and being used in combination with gaming, healthcare, defense or education as the app market explodes. The big trends emerging is the move toward personalization and interactivity across industries and spaces.

Collaboration, communication, and leadership skills are in big demand. When looking ahead to training in 2017, most respondents are prioritizing leadership training. Breaking new ground comes down to strong interpersonal skills and an ability to move ahead. All three of the above-mentioned skills require high levels of emotional intelligence, as well as the ability to self-regulate. In other words, the emerging trend suggests hotheads need not apply. Companies are prioritizing interpersonal skills because that’s what humans do best. It’s a scenario strengthened as automation, robotics, and AI make many jobs unnecessary and/or redundant. It’s expected automation will eliminate the need for at least 40 percent of workforce positions by 2030. While that doesn’t account for the new jobs that will be created through this massive shift in work, we also know that the fourth industrial revolution will not be kind to people who cannot play well with others, either.

The big takeaway: passion drives innovation. The motivation is bigger than immediate monetary awards when it comes to entrepreneurs who strive to solve problems, catch waves of change and develop something new. It’s a completely different mindset driven by a need to contribute and create. Passion drives these innovators forward, and the world benefits.

Caroline Stokes is an executive headhunter and executive coach for innovation leaders, and founder of FORWARD. You can follow Caroline on Twitter at @oCarolineStokes