Blizzard Entertainment’s World of Warcraft has broken all the records in the history books for massively multiplayer online games. So it’s only fitting that the fantasy role-playing game has its own display at the Computer History Museum in Mountain View, Calif.

On Saturday, the museum opened a new exhibition to the public: “Make Software: Change the World!” The exhibition’s goal is to show how software engineers, programmers, and other innovators have changed the world with software. It’s a $7 million exhibit designed for children ages 10 and up.

The whole exhibit was about five years in the making, and it exists because the museum’s main exhibit, Revolution, was really mostly about hardware, said Kirsten Tashev, vice president of collections and exhibitions at the museum, in an interview with VentureBeat. World of Warcraft is just one part of the “knowledge and belonging” section of the Make Software exhibition. 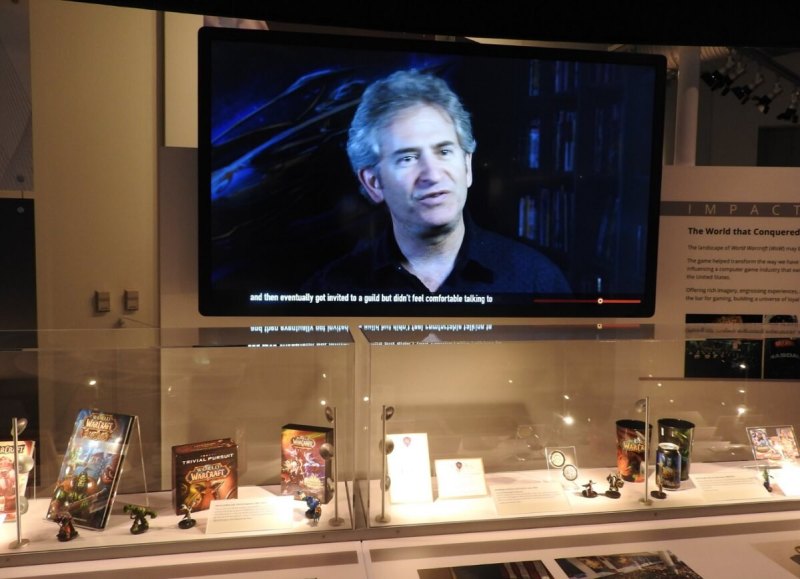 Above: Mike Morhaime, cofounder of Blizzard Entertainment, maker of World of Warcraft.

“There was a growing need to figure out the software preservation question, and so, we started an effort to collect more software and do oral histories around it,” Tashev said.

Within the exhibit are 10 major displays, including one for World of Warcraft, which launched in 2004 and still has millions of subscribers today. Blizzard doesn’t disclose the exact number anymore, but the game had a peak of 12 million paying subscribers in 2010, and the most recently disclosed number was 5.5 million in October 2015. The Warcraft movie, which grossed $433 million worldwide, debuted in 2016. 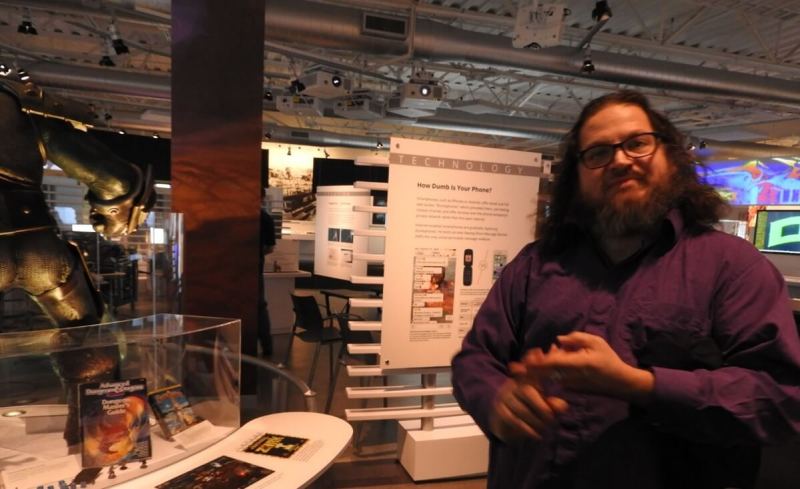 Above: Chris Garcia, curator at the Computer History Museum and a co-creator of the World of Warcraft display.

Chris Garcia helped curate the World of Warcraft display, which also has a history of online games that shows the boxes for many classic titles. Those games include Zork, one of the earliest interactive fiction computer games that debuted in 1980. Other titles on display include Dungeons & Dragons, The Lord of the Rings, Ultima Online, EverQuest, and others.

“World of Warcraft is a virtual world,” Garcia said. “It’s really a fascinating realm. Video games are a $100 billion a year industry. The thing about Warcraft is it is an ecosystem of technology, entertainment, human relationships, and art. That art is created out of the community. It takes a life of its own that is really important. We could have done the whole exhibit just on World of Warcraft, and I would have loved to.” 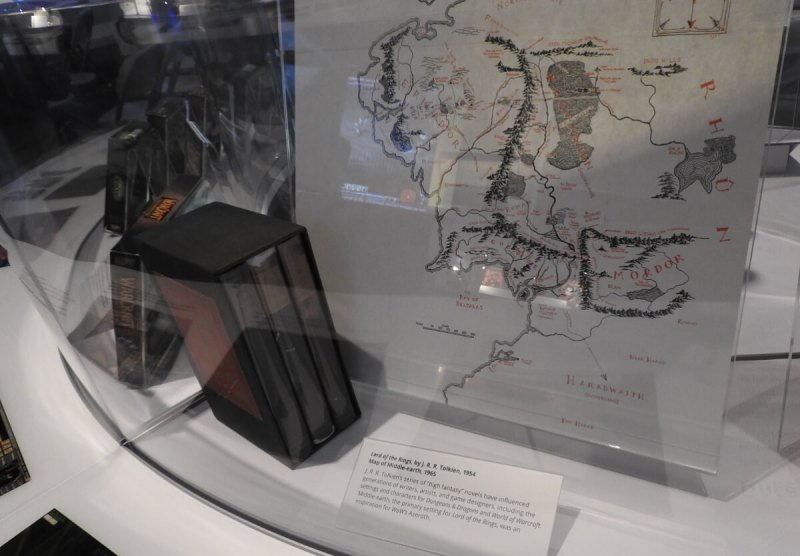 Above: The Lord of the Rings gets a nod in the Computer History Museum’s World of Warcraft display.

The museum team delved into the history of gaming and attended BlizzCon, Blizzard Entertainment’s big fan event, in 2013, to capture the spirit of community around the game, Tashev said.

“Gamers are very passionate,” Tashev said. “Gamers were crazy with happiness that we were doing World of Warcraft. Or they would get really mad at us because they wanted us to do their game. I didn’t anticipate that. It’s like sports fans. Psycho. There’s this passion around your game.” 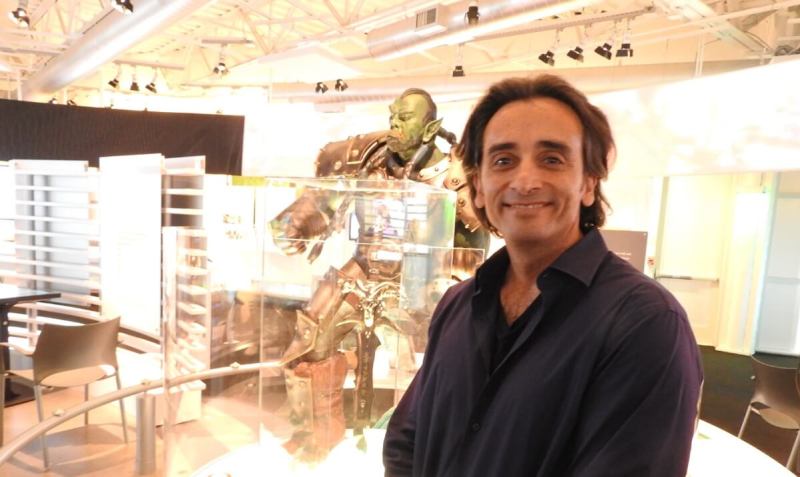 Gio Hunt, executive vice president at Blizzard, was on hand at the exhibit for a press event this week. He said it took a huge team to create and maintain the virtual world.

“We think of video games themselves as an art form,” Hunt said. “That’s how we pursue them. It’s the purest convergence of art and technology, blending art and design and storytelling. We think of ourselves as artists every single day.” 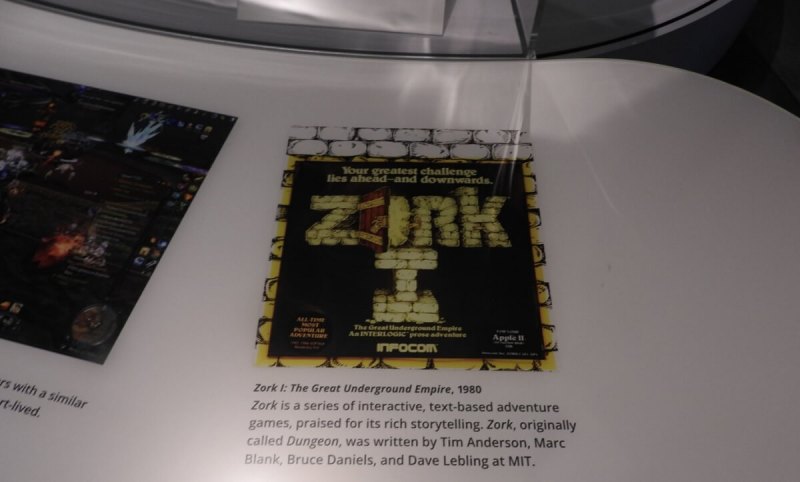 Above: Zork was one of the original interactive fiction computer games.

Hunt said, “A really important aspect is how the community of players engages in the game, engages with each other, and then shapes that world themselves. We and other game publishers give birth to one of these worlds, but we don’t know how it’s going to play out when the players shape the worlds. It’s a wonderful experience to work with the community to help curate that world on an ongoing basis.”

This all results in a lot of surprises and impacts in the real world, like people who fall in love in the virtual space and get married in real life, Hunt said. 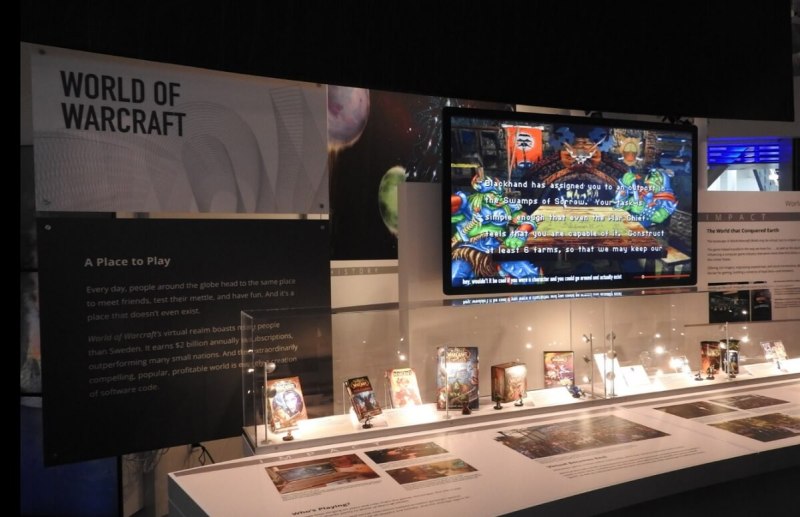 Above: World of Warcraft display at the Computer History Museum.