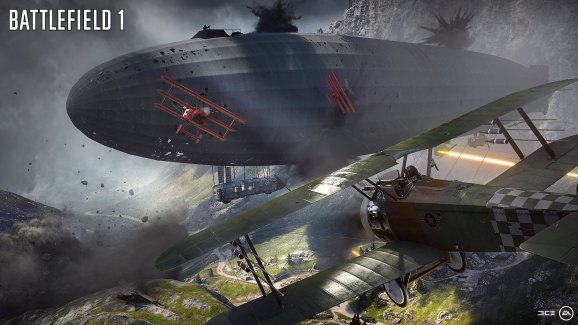 The holidays are the game industry’s busiest season, and EA had big titles like Battlefield 1 and Titanfall 2 to compete against Activision’s Call of Duty: Infinite Warfare. But it’s stock is down 2.7 percent in after-hours trading at $81.17 a share, as it appears the market hasn’t grasped yet that EA beat earnings expectations.

EA reported a net loss of less than a penny a share on net revenues of $1.15 billion on a GAAP basis. EA had previously estimated a GAAP net loss of 17 cents a share.

“With the top console games and most-downloaded mobile portfolio in the industry for Q3, Electronic Arts is growing, engaging and exciting a global community of players,” said EA CEO Andrew Wilson in a statement. “We will continue to push the boundaries of play, with stunning new titles like Mass Effect: Andromeda, global competitive gaming tournaments and more amazing experiences coming in the year ahead.”

“For the first time ever, we generated over $1 billion in operating cash flow in a quarter,” said chief financial officer Blake Jorgensen in a statement. “This is a true testament to the innovation we built into Battlefield 1 and FIFA 17 and the continued strength of our digital live services.”

EA also said that FIFA 17 was the best-selling console title in the world, and Battlefield 1 was the biggest Battlefield launch ever, with a base that is 50 percent larger than that of Battlefield 4 through December 31. More than 10 million fans have played “The Journey,” the new single-player mode in FIFA 17.

Morgan Stanley analyst Brian Nowak had predicted before the earnings announcement that EA had sold 15 million copies of Battlefield 1. And he estimated Titanfall 2 sold 4 million copies. In mobile, EA has been reaping revenues from Star Wars: Galaxy of Heroes, Madden NFL Mobile, SimCity BuildIt, and FIFA Mobile. EA said that average gameplay time in Star Wars: Galaxy of Heroes hit a new high of 155 minutes per day. EA did not say how many copies it sold of each of its games.