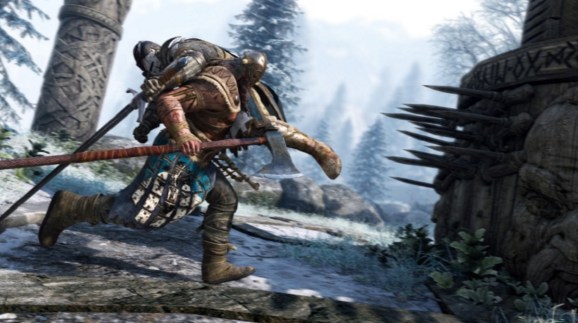 A victorious Viking shows no mercy in For Honor.

Ubisoft announced today that For Honor will have an open beta for PlayStation 4, Xbox One, and PC that will take place from February 9 to 12. This will give people a chance to try out the multiplayer combat game before it releases on February 14.

For Honor is Ubisoft’s first major release in 2017. If it performs well, it could help the publisher start the year strong, which is important as it battles a takeover bid from Vivendi.

“This beta will include the new Elimination mode, a best of five rounds four-versus-four match with no respawns,” Ubisoft detailed in a press release sent to GamesBeat. “Elimination joins three additional modes playable in the open beta including Dominion, Brawl and Duel, and nine playable Heroes. At launch, For Honor will feature twelve playable Heroes and five different multiplayer modes.”

For Honor ended a short closed beta on January 29, which was available to select players. Anyone, however, can play the open beta. Developers use these as a way to test a game before release for bugs and balance issues. However, open betas are often also glorified demos, giving a large audience a chance to try a game for free (and then potentially spread buzz and increase sales when it launches).