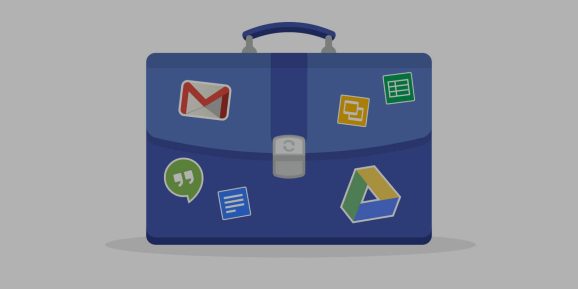 Google today is announcing the launch of a new Enterprise edition of its G Suite portfolio of cloud services for organizations. The offering comes with everything in the existing G Suite Business edition, as well as other features that should be interesting for admins that want to improve security.

G Suite includes access to Gmail, Google Calendar, Google Docs/Sheets/Slides/Drive, Google Sites, and Google Forms, among other things. This package was referred to as Google Apps until September. In addition to G Suite Business, the other previously available G Suite service tiers are G Suite Basic and G Suite for Education, Nonprofits, or Government.

Google is also making it possible for organizations to use their own S/MIME encryption certificates with Gmail, and admins will be able to query Gmail logs using Google BigQuery cloud data warehousing service.

Plus, admins at organizations that pay for G Suite enterprise edition can require end users to use two-step authentication (2FA) with Security Keys like Yubico’s every time they log in. “Admins will also be able to manage the deployment of Security Keys and view usage reports,” Nadkarni wrote.

And Google is making it possible for organizations to use third-party tools for archiving data from Gmail; this goes beyond archiving with the Google Vault service.