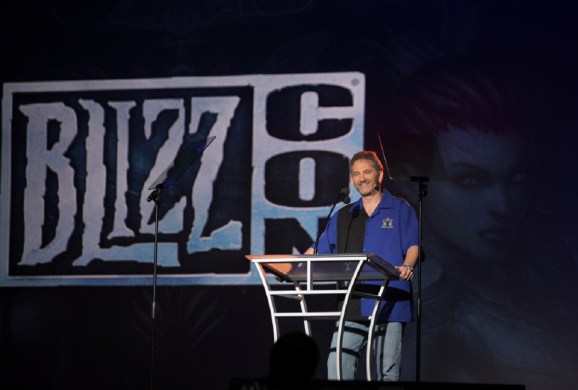 An army of tech and game industry leaders have criticized Donald Trump’s ban on Muslims traveling to the U.S. from seven Middle Eastern countries.

Mike Morhaime, CEO of Blizzard Entertainment (the publisher of Overwatch and big division of Activision Blizzard), weighed in today with an email that he shared with his employees, which number in the thousands. His voice has now been added to numerous opponents of the ban. Other game executives who have criticized the ban include the CEOs of Zynga, Electronic Arts, Microsoft, and numerous other tech companies.

A number of you have reached out to me about the recent U.S. executive order banning refugees and barring citizens from Iran, Iraq, Libya, Somalia, Sudan, Syria, and Yemen from entering the United States for 90 days. I share the concerns that many of you, and many within our industry, have expressed.

The executive order issued on Friday directly affected a small number of our employees and their families, and supporting them is a priority for us. Our HR and Legal teams are in touch with those impacted and are providing travel guidance as well as legal assistance and further counseling as needed. If you need to talk to anyone about the impact of the order, please reach out to your HR partner. We’ll monitor the situation, and others, for further developments so we can continue to provide resources and support.

The executive order strikes an incredibly sharp contrast with the values on which our company was founded. We are, and will always be, a company that strives for inclusion, embraces diversity, and treats one another with respect. This is the very foundation of what makes not just our company — but America — great, which is why I am so troubled by these actions. Regardless of where you are from or what your religious beliefs are, our strength is in our diversity.

As always, if you have any questions, feel free to reach out to me directly.