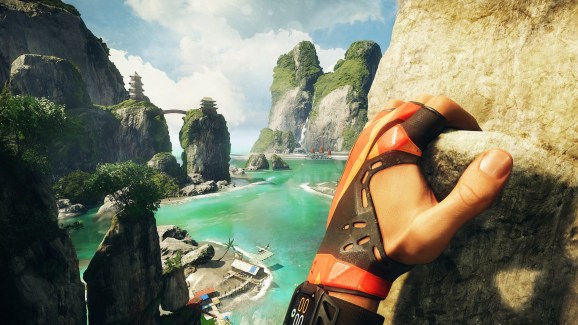 The Climb from Crytek is one of VR's most interesting early games.

Crytek’s downsizing continues, and this time it’s the company’s publishing team that is dealing with the pain.

The company announced today that it is laying off 15 people from its publishing team in its Frankfurt, Germany headquarters. These staffers worked on Crytek’s Warface free-to-play shooter, which did not caught on with a significant audience. This is part of an ongoing reshuffling at the publisher following financial difficulties where it failed to pay some employees for months at a time before shuttering five studios, and Crytek claims it will now move ahead with a more streamlined structure and a focus on its “core competencies.” Those include making games and creating technology for the CryEngine development toolkit.

“Crytek has always sought to push the boundaries of gaming, and that remains our primary goal as we scale down the business to re-focus on game and technology development first and foremost,” Crytek cofounder and managing director Avni Yerli said in a statement. “Unfortunately, one of the inevitable effects of this process has been the redundancies we are announcing today. We are extremely grateful for the hard work and dedication of each and every person at Crytek, and the team members we now have to say goodbye to will receive comprehensive support that reflect that gratitude. We will also be on hand to offer whatever support we can as they seek to find new positions elsewhere that reflect their considerable talents.”

Crytek has invested heavily in virtual reality. The company launched The Climb, an excellent mountain-conquering simulator, for Oculus Rift. It also debuted the VR adventure Robinson: The Journey for PlayStation VR. But these projects are also largely about establishing the CryEngine as a premier tool for creating VR content, which could pay off if that segment of the video game industry takes off in the next few years.