A year and a half after its release, Windows 10 has passed 25 percent market share. That means one in four computers are now running the latest and greatest operating system from Microsoft, according to Net Applications.

Windows 10 had 24.36 percent market share in December and gained 0.94 percentage points in January to hit 25.30 percent. Windows 10 market share growth slowed over the second half of 2016 because the free upgrade expired. 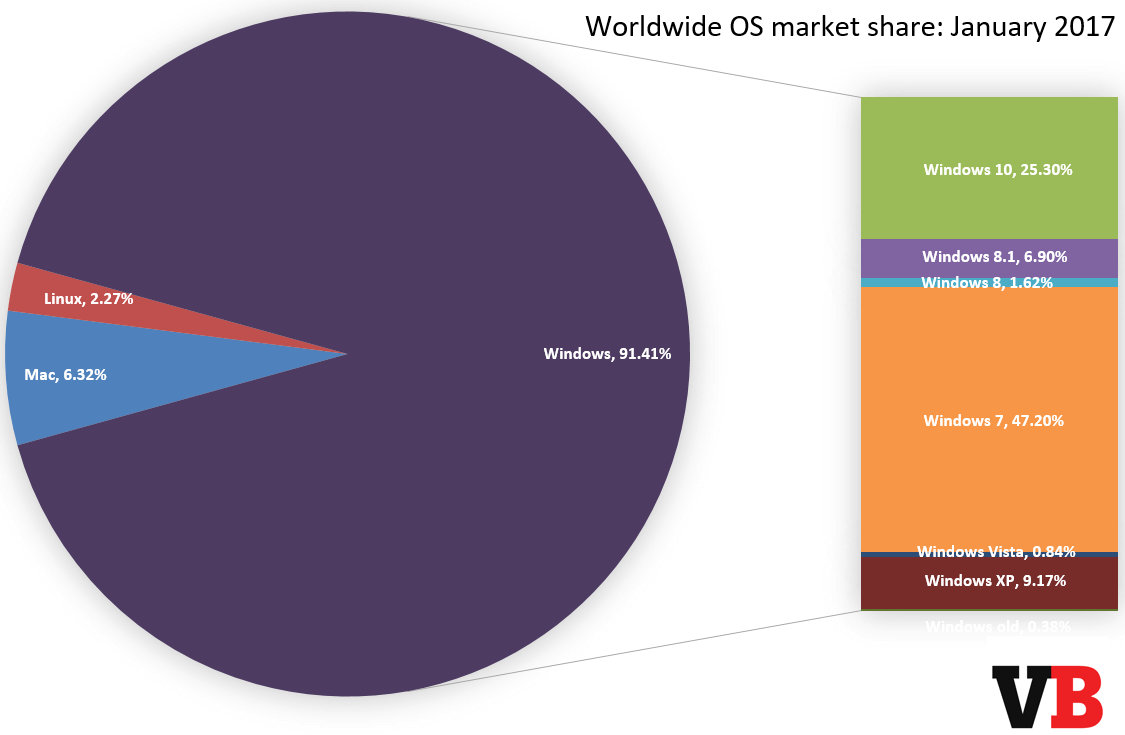 Windows 7 ended 2016 at 48.34 percent, but has fallen to 47.20 percent as of January. Windows 10’s slice of the pie is thus now slightly more than half of Windows 7’s, which is likely keep its title of “most popular OS” for a long time. Windows 7 overtook Windows XP way back in September 2012, and passed the 60 percent market-share mark in June 2015.

Windows Vista dropped 0.22 points to 0.84 percent, falling below the 1 percent market share mark in the month of its 10-year anniversary. Windows XP somehow rebounded 0.10 points to 9.17 percent as its resilience continues to annoy Microsoft and the general tech community.

If you prefer usage market share, you’ll want to get your data from StatCounter, which looks at 15 billion page views every month. The operating system figures for January are available here.