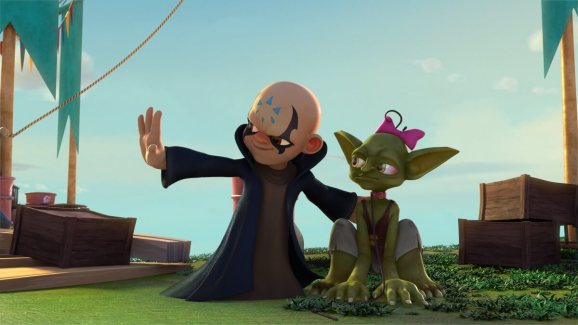 Skylanders Academy has been renewed for another season.

Activision Blizzard said that its Skylanders Academy television show has been renewed for a third season. That’s a victory for transmedia as Skylanders started out as a toy-game hybrid in 2011 and has blossomed into one of Activision’s biggest brands.

The show airs on Netflix as an original series, and Activision Blizzard Studios produces it. Production of the new season will begin in February, with animation to be created once again by TeamTO studio in France. Skylanders has generated more than $3.5 billion in revenue to date and sold more than 300 million toys.

New addition Felicia Day (The Guild, Supernatural, and Buffy the Vampire Slayer) will join the cast in season two, voicing the role of Cynder, a new cadet at the academy with a mysterious past. “The Diamond Minecart” (Daniel Middleton) will reprise his role as Cy, and Daniel Wu returns as King Pen.