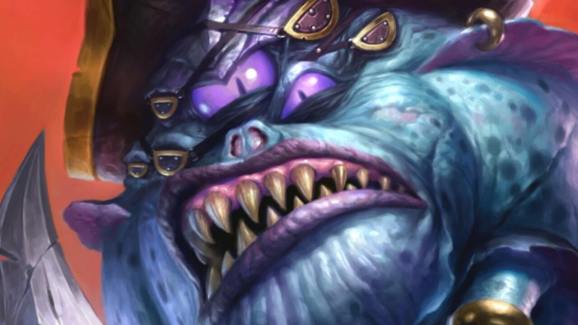 Patches the Pirate from Hearthstone.

Patches may not be in charge for much longer.

In the post, Brode gives some statistics about the state of the game. Right now, 30 percent of players at the Legend rank (the top spot in Competitive mode) are using the Shaman class. He also noted that 50 percent decks at Rank 5 and above are using the “Pirate package” of Patches and Small-Time Buccaneer.

While Brode didn’t specifically say that the Pirates and Shamans would be the subject of any nerfs, it seems likely. Both are the subject of complaints from fans that dislike the decks for their aggressive, fast-paced style that punishes slower, more thoughtful decks.

But balancing cards is tricky. Players spend real money to unlock them, and they can also craft them with Dust that they earn in the game by disenchanting unwanted cards. If Blizzard changes a card by making it weaker and less viable, it may have to reimburse players who crafted it.

Brode also noted that it has to wait for client patches before it can push out balance changes, but it is working on a way to release these updates directly to devices.