Snap’s S-1 Registration today reveals the importance of revenue, revenue, and revenue. Taking a page from Facebook’s financial reporting, the upstart “camera” company’s filing sets out to prove that it has the potential to mint cash, much like its larger rival. And Snap presents a convincing case.

Facebook’s average revenue per user worldwide grew by 29 percent in the last quarter of 2016, while Snap’s grew by more than 300 percent for the same period.

The company’s foray into hardware aside, “Substantially all of our revenue comes from advertising,” Snap’s document states. Thus, Snap’s financial foundation rests upon growing its users and growing its advertising revenues, which translates into, bingo, you guessed it — average revenue per user, or ARPU.

Snap’s filing uses this term no fewer than 17 times. And for good reason: ARPU is central to the company’s past growth and future momentum. It’s the key metric by which Snap will be compared against rivals Facebook and Twitter. It’s also what Wall Street banks will be asking about as Snap embarks on the roadshow for its upcoming IPO. 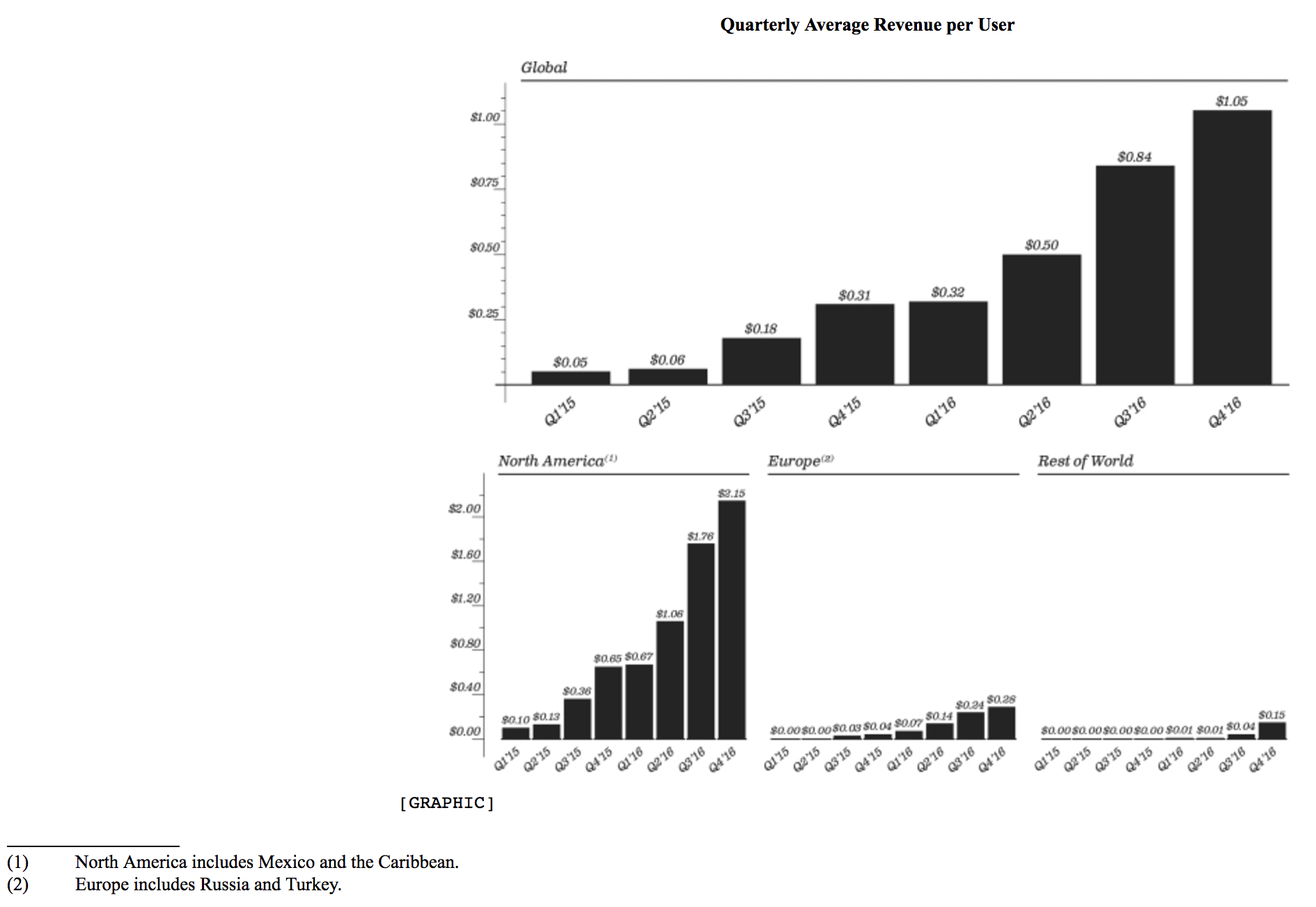 Five years and one day ago, Facebook filed its own S-1 paperwork with the Securities and Exchange Commission. That document contains no mention of ARPU — zero references — and even from a close read it’s not anywhere near obvious that the social network would quickly become the tech juggernaut that it is today. There’s talk of user growth and advertising growth but not of ARPU, the metric that brings together those twin engines for revenue growth.

Fast forward to yesterday’s Q4 2016 earnings call, and ARPU was a major topic between Facebook executives and Wall Street analysts. The company’s 10-Q was not available as we went to press but likely contains dozens of references to ARPU. Nearly half of the presentation slides were devoted to revenue per user, with ARPU summed up neatly here: 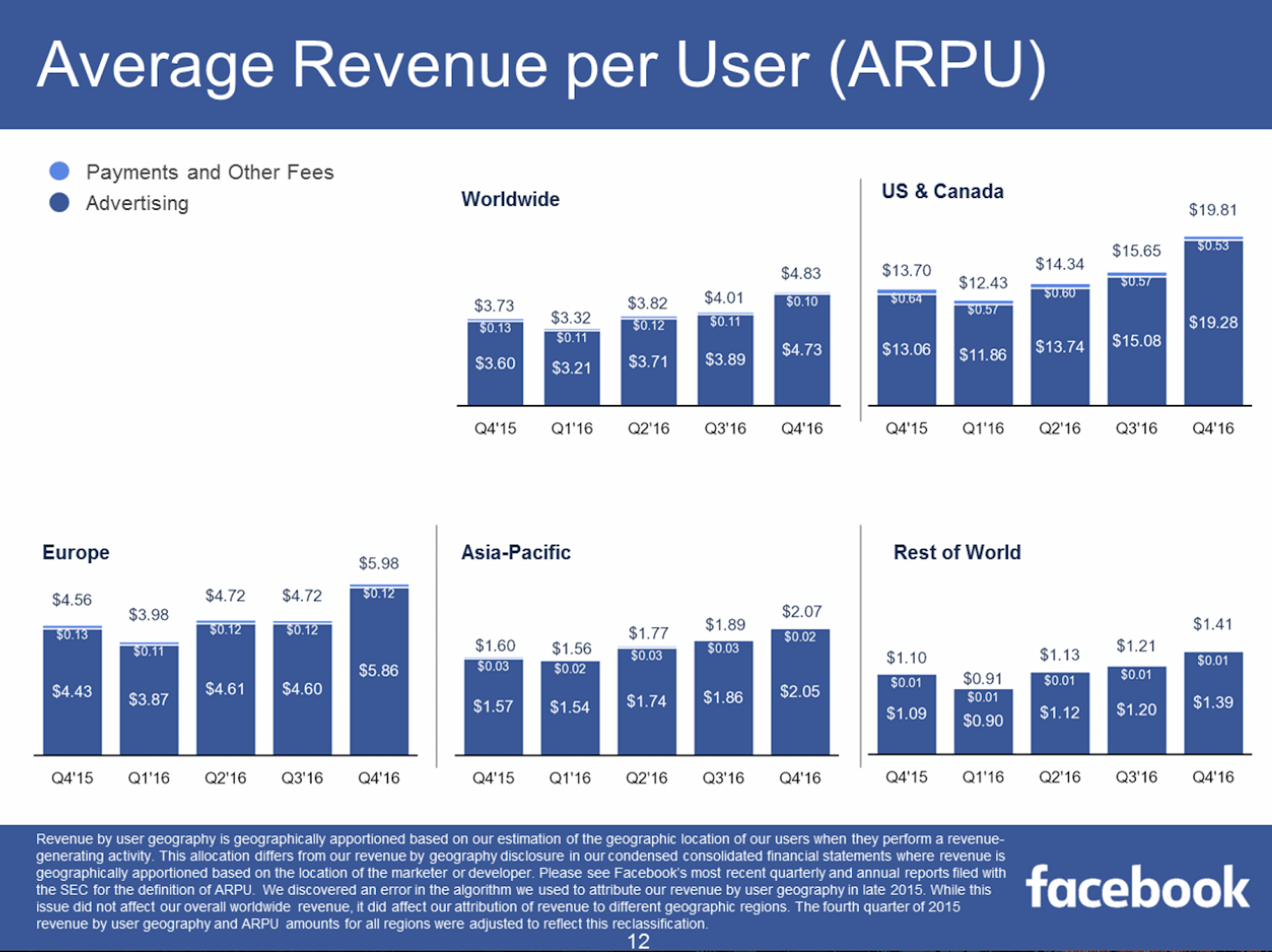 Facebook’s latest worldwide ARPU is $4.83, more than four times larger than Snap’s $1.05. But Facebook’s ARPU grew by just 29 percent, while Snap’s grew by more than 300 percent.

ARPU. It’s a word investors will want to hear.