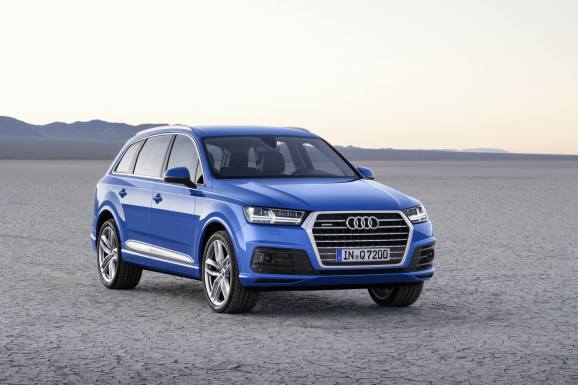 I drove a 2017 Audi Q7 recently, and there was a seemingly minor feature that made me think autonomous driving has a chance of truly changing how we drive.

Where I live, there’s a corridor south of the major metro area that tends to get jammed up at all times of the day. Sure, it is close to the Mall of America, and, yes, there is an airport nearby. It is also right next to the two major interchanges to take you down to Texas or up to the North Pole. And everyone who is trying to get home is always in a big hurry.

In a Q7, you can use the traffic jam assist feature, which adjusts the steering and car speed, braking and accelerating as needed to keep you in your lane, avoiding the car in front and behind, and generally letting you talk to a passenger while it takes care of all the busywork.

There are two compelling reasons for this technology, beyond the obvious accident avoidance perks. One is that traffic is tedious. I had an hour-long commute in my corporate days, and I’d spend a good chunk of that time pulling forward, stopping, and pulling forward again. It was monotonous. An intelligent, connected, adaptive car should be able to do this for me.

Second, it’s less stressful. Adaptive tech in a car is all about safety, but the major side benefit is that in areas like this corridor of Minneapolis, you don’t have to be constantly worrying that some guy in a 1990 Honda Civic with a muffler that doesn’t muffle anything is going to bump into you. In the Q7, you can trust that there’s an intelligent assistant watching for that guy and also making sure you don’t make any mistakes yourself. You can take your feet off the floor. You can take your hands off the wheel. At low speeds (up to 40MPH), it makes traffic jams less bothersome.

Of course, we have a long way to go. The Tesla Model S can make all of these adjustments at almost any speed, although I found the Q7 to be a little less jerky at lower speeds, easing me up gently as though the car knew I was in traffic. (In truth, it doesn’t tie into the traffic management system at all and isn’t remotely aware that there are 500 cars around me.)

In the future, cars will communicate with each other, and the sensors won’t be quite as important. Every car will transmit its exact location to a city management center. In fact, once that happens, it’s somewhat possible that traffic won’t be as heavy because AI could help adjust the speed of all cars to spread out traffic and (more importantly) reroute cars as needed. In case you’re wondering, yes, this could lead to more traffic lights at highway entrances, which in my area are barely even enabled at all, mostly because they didn’t really help with traffic.

AI that knows about traffic flows all over a metro area, constantly adjusting the speed of connected cars and even adjusting the traffic lights miles away from the entrance for the optimal flow at certain times of the day? That may sound like a traffic-induced daydream, but it’s becoming more and more possible. For now, I like how the Q7 drives in traffic. And, as a bonus, my passengers were much happier.