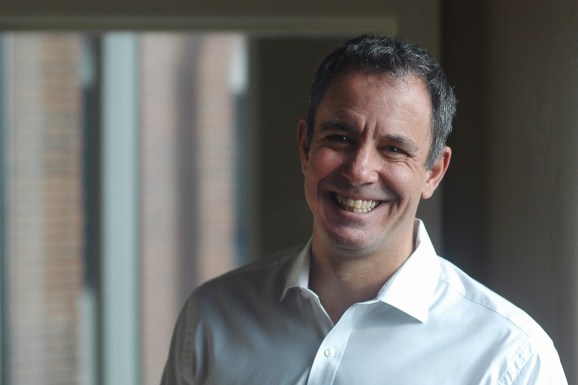 GitPrime is bringing on a seasoned industry executive to help guide the company through the next stage of its growth. After two years of building out its productivity analytics product, GitPrime has hired Prosper cofounder John Witchel as its president. In this role, he’ll be responsible for partnerships and channel sales.

Started by Ben Thompson and Travis Kimmel, the Colorado-based startup offers a tool targeted at engineers and chief technology officers that helps show how events throughout an organization can impact development productivity. “Interrupting engineers when they’re on a roll is very expensive, and so is not stepping in to help an engineer when they are stuck,” explained Thompson. GitPrime leverages data from the codebase to produce reports that objectively quantify the engineering progress to offer other team members visibility into what’s being worked on.

Today, GitPrime said it has “hundreds” of paying customers representing “thousands” of engineering teams. “For many companies, the engineering team is their largest expense and most important division. But engineering management is stuck in the Stone Age,” Thompson said. “Unlike sales teams, who have quotas, and marketing teams with MQLs, engineering teams have no way to measure progress objectively. Software teams have built great tools to help other parts of the organization understand their progress, yet they themselves still rely on narrative and subjective metrics.”

Witchel is no stranger to GitPrime — he already sits on its board of directors. However, his expertise with various startups is what prompted Kimmel and Thompson to bring Witchel into his new position. The former president of web development firm Xcom and cofounder of peer-to-peer lending marketplace Prosper, he brings to the table a wealth of experience developing high-growth businesses. In fact, Prosper has raised $350 million in funding at a valuation of more than $1.9 billion, a success that caught GitPrime’s attention.

What GitPrime has in abundance in terms of tech knowledge it seems to have been missing on the business side. This is where Witchel’s expertise comes into play — helping connect the dots between engineering teams and those in the front office who are in control of the purse strings and may not necessarily understand the implications of not using a tool like GitPrime. This is made easier by his own familiarity with technology — he also served as the CTO of online media provider SendMe.

“John comes in as a seasoned executive, ready to drop in his playbook from 20-plus years building startups and accelerate our growth,” Thompson said. His cofounder Kimmel also commented: “We’re really excited to have John on board because of his track record in growing companies. With his background as an enterprise CTO, he deeply understands the problem we’re solving.”

In a blog post, Witchel shared his motivations for joining GitPrime: “My hope for GitPrime is that we can bring sunshine into the black box of software engineering. Like my experiences with Prosper, if we can shine light and visibility into a complex process, the process will lead to a deeper understanding that is ultimately more fair and reasonable for all participants.”

His first day was last week. GitPrime has raised $2.04 million in venture capital from investors such as Y Combinator and Data Collective.