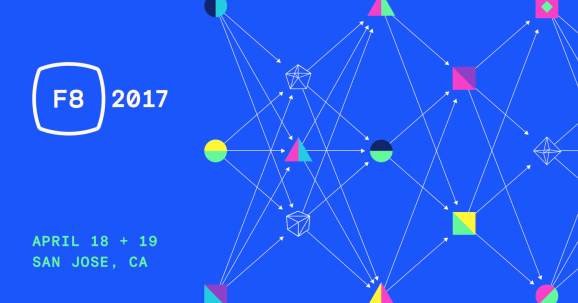 Facebook has opened up registration for the 2017 F8 developer conference, which will be held April 18-19 in San Jose, California. Those interested can submit their names today, but space is limited and applications close on February 21.

More than 50 sessions are planned for the eighth conference, including those around engineering, media, advertising, Instagram, Messenger, Oculus, WhatsApp, and artificial intelligence. In September, it was announced that F8 would take place this spring, but this year it would deviate from its usual stomping grounds in San Francisco, moving down south to the McEnery Convention Center in San Jose. It’s a familiar setting for the social networking company, as the venue is where the Open Compute Summit is held every year.

“We look forward to another inspiring time with our developer community at F8. It’s truly a global effort where we come together to advance the way communities connect around the world,” remarked company vice president of platform and marketplace Deb Liu in a statement.

Applications are vetted, so just because you register right away doesn’t mean that you’ll receive a ticket (but you don’t want to delay). Even if you’re not able to score a ticket, Facebook plans on livestreaming the keynotes and featured sessions.

What will Facebook unveil this year remains as of yet unknown, but based on recent pushes, it’s quite possible that we might see additional innovations with the Facebook Messenger platform, which was introduced at F8 2015, and technology around bots. Additionally, there could be updates to video, which company chief executive Mark Zuckerberg has placed at the center of Facebook’s latest push. Updates to virtual reality could also be featured, especially with former Xiaomi vice president of international Hugo Barra joining the team.

You can check out everything that was announced in 2016 here.