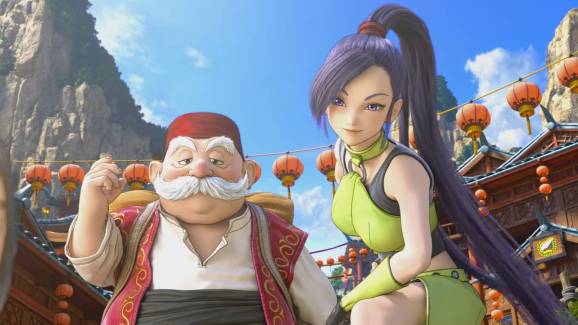 Dragon Quest is a Switch game that will run on Unreal.

Epic Games already confirmed that the upcoming Switch console supports the powerful Unreal graphics toolkit, but now Nintendo claims it has experimented and mastered the engine itself.

Nintendo creative director Shigeru Miyamoto told a gathering of the publisher’s investors that the company built the Switch hybrid home/handheld console, due out March 3 for $300, with ease of development in mind. He explained that a studio could take a PC game and quickly port it to the Switch thanks to the Nvidia graphics technology inside of the system and its full support for Unreal and the Unity graphics engines. But Miyamoto also said that Nintendo’s own teams are benefitting from this and have even investigated Unreal to the point where they fully understand how to get the most out of it.

Miyamoto stopped short of claiming that Nintendo would use Unreal to make games, but the company is obviously de-emphasizing the importance of its own tools as the sole solution for building games on the Switch.

“For our previous game platforms, creating our own development tools was a high priority for us,” managing executive officer Shinya Takahashi told investors. “However, since the start of Nintendo Switch development, we have been aiming to realize an environment in which a variety of different third-party developers are able to easily develop compatible software, such as by making it compatible with Unreal and Unity as well as our own development tools. As a result, even companies with only a few developers have already started making games for Nintendo Switch.”

This likely means that Nintendo won’t make the next Metroid game on Unreal, but instead it has the technical know-how to aid third-party studios that need help getting certain tricks to work in the graphics engine.

If that’s the case, Nintendo could have a better chance of bringing more third-party support to the Switch than the company had on the Wii U.