Jason Della Rocca is a nice fellow who has been in the game industry for a long time. But as the cofounder of Execution Labs in Montreal, he listens to a lot of pitches from game developers. He wants to find the best ones and invest in them, but he finds a lot of the pitches are … unrefined.

He spoke at Casual Connect Europe in Berlin today about the reasons why game developers who pitch crap will never get funding. Drew Boortz, managing vice president for Nexon America, noted that it was a bit of a dour talk, and said there has never been a better time to be in games. Michael Chang, senior vice president of corporate development at NCSoft, agreed, noting games is now a $100 billion business.

But Della Rocca played the bad cop delivering the bad news to developers. And he wants their pitches to get better so that they show an understanding of an investor’s point of view. Here’s his list of reasons why developers won’t get funded.

1. You are making crap

Della Rocca said that he goes out on a show floor and finds a surprising thing. Many developers know they are making a crappy game, but they are pitching it anyway.

He said you can tell this by asking the developer what they think of their own game. “If you think it is not a great game, in your gut, that is the first indicator. A lot of developers don’t do competitive or market analysis.”

He added, “Are you doing a robot ninja game? … What do sales look like for that genre? You can do Steam Spy sales checks. If every other one has only sold 500 copies, maybe it is not a good niche. You can ask, ‘How close am I to the successful ones? Or how close to the ones that did not do well?’. Coming to events and shows is a good barometer. It’s not a perfect science.”

2. Pitching a problem instead of an opportunity

Developers often go to investors when they have a problem. They talk about the problem, discuss why a game is taking longer, didn’t properly budget a lot of costs like marketing, or need to hire an audio person. Then they ask the investor, “Are you interested?”

Della Rocca said this isn’t a good sales pitch. Money is always a problem. But you have to pitch why this is a good opportunity for the investor. You may have a cash flow problem, but don’t dwell on it; instead, talk about why this is going to turn out well.

3. Trying to offload all of the risk and or get someone else to pay for your learnings

Della Rocca often hears from founders that they will quit their jobs if they can raise $10 million up front. That puts all the risk on the investor, and the founder assumes no risk.

“You don’t want to risk your own resources,” Della Rocca said. “So let’s get a sucker to take on the risk. Developers may not see it that way, but to an investor, that is how it is perceived. You will never get funding if you are offloading all the risk.” 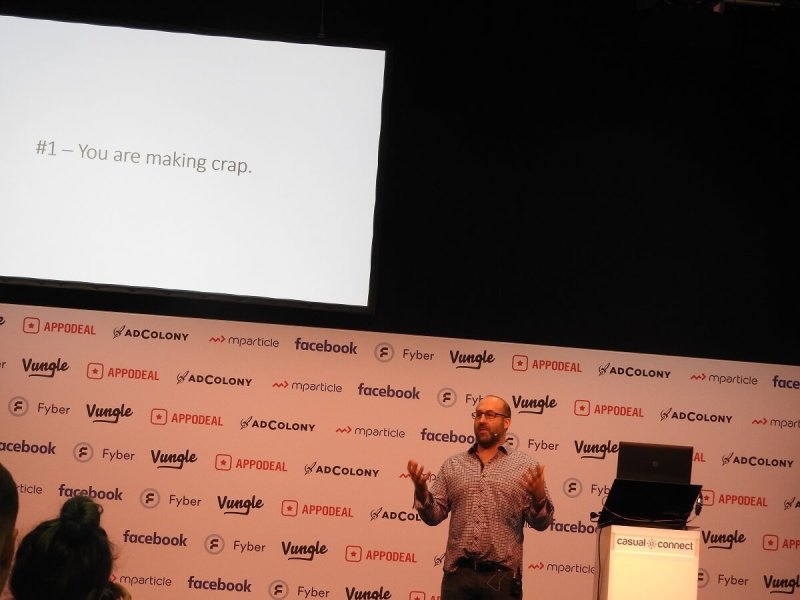 Above: Jason Della Rocca is tired of getting pitched crappy ideas for games.

4. You don’t know what you are raising funds for

Venture capitalists often do this kind of investment. They rarely invest in game projects, or a single game. If you need to raise money for a project, you will generally do a revenue-sharing deal with a publisher or some other kind of financier. Don’t pitch a project to a VC — it’s a waste of their time and yours.

5. Asking for too much or too little

There is no way you will get $10 million out of the gate, unless you are a development superstar. You will likely get funding in tranches, or one batch at a time, and those tranches will be tied to milestones.

“We are looking for key proof points, to see the traction that validates funding,” Della Rocca said.

A good example is raising money via crowdfunding. If you need $500,000 to finish a game, you need to ask for that. On Kickstarter, developers often lowball it to ensure they get some money, and ask for $20,000. This is very dangerous, as you might get $50,000, but you’ll be far short of what you need to finish the game, Della Rocca said.

Developers think about the money they need to finish the game. But they can forget the budget for marketing, the money to attend trade shows to meet with publishers, the bills to pay for trailers and working with influencers, and other non-development costs. Developers may also not get paid for months by app stores, so there has to be a budget to meet payroll after the game launches. 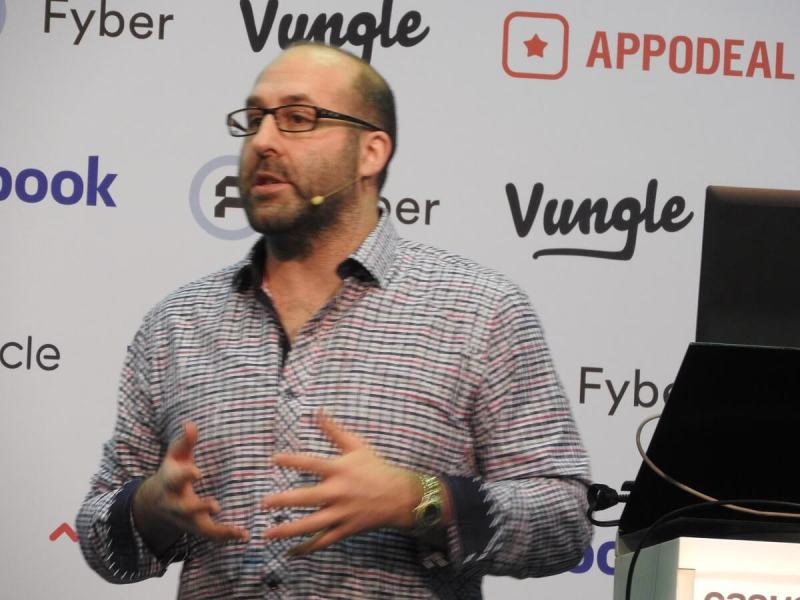 When you’re starting out, you need to get seed money from the typical friends, family, and “fools,” Della Rocca said. These are small amounts like $20,000 to $50,000. Again, you don’t want to approach a venture capitalist who writes checks for $20 million, Della Rocca said.

“You don’t go to your uncle for $10 million, either,” he said. “It’s a complete mismatch of when you go talk to investors.”

7. Your corporate structure is screwed up

Game companies should be incorporated, like other startups. If an investor is writing a check, it ought to go to that incorporated entity, not the founder’s personal bank account. And the equity within the company should be divided up properly, in a way that makes sense.

That means your uncle or aunt who gave you $10,000 should not own half the company, Della Rocca said.

“Investors will scrutinize your equity divisions to make sure the people running the company are sufficiently motivated to succeed,” Della Rocca said.

There are smart ways to divide up the revenue when it comes in. Della Rocca, as an investor, wants to see a lot of the revenue go back into the company so that it can invest for the future. But often, developers promise big shares of revenue to contractors such as audio directors, or to others on the team. That kind of revenue sharing can drive away publishers, who also want their share.

Another way to drive away investors is to have problems among the founders. If one leaves and demands that their share of the work be removed from the game, then that can instigate a lot of drama. Or perhaps the firm uses open source software and doesn’t disclose that.

“I don’t want to invest and find out later half of it goes away because a dispute with a cofounder,” Della Rocca said.

“There is friction,” he said. “And there are issues with the rigorousness of corporate law. Can we go to Russia to fight in the courts if we need to?” 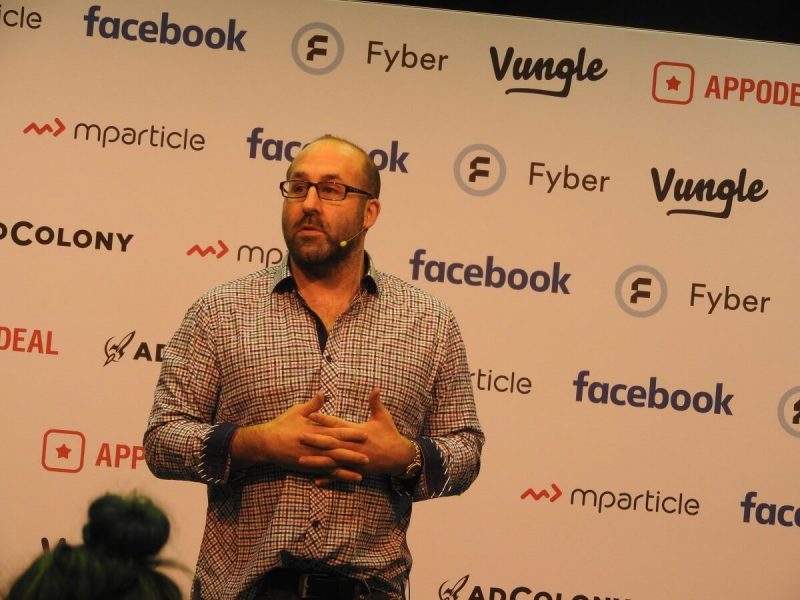