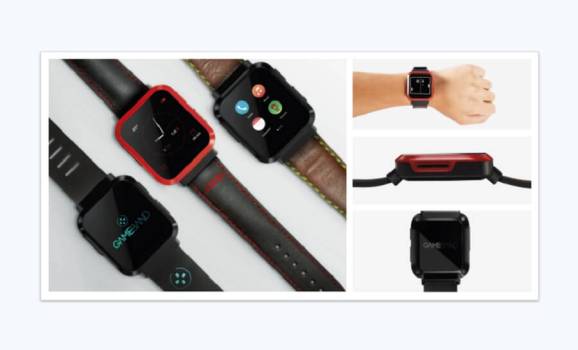 Gamers deserve a smartwatch of their own. That’s why FMTwo Game is launching a Kickstarter crowdfunding campaign to raise money for Gameband, a smartwatch packed with a lot of functions.

The dedicated gaming smartwatch includes a Qualcomm Snapdragon 2100 processor, upgradable memory, and more from the team behind Gameband + Minecraft.

Menlo Park, Calif.-based FMTwo Game has optimized the watch on-the-go gameplay. Gameband will have its own Android Marshmallow-based operating system and features Wi-Fi, Bluetooth, and an integrated MicroSD slot capable of supporting cards of up to 256GB at USB3.0 speeds. Gameband will be available on Kickstarter beginning on February 8th, with early-bird pricing starting at $100.

Designed by Matter Global design studio created Gameband with a square 1:1 screen ratio with touchplay capability, specifically optimized for mini-gaming. Gameband’s MicroSD extends what users can do with the device, allowing them to play full PC versions of games directly from Gameband on any computer using Gameband’s ‘PixelFurnace’ game management and launch platform. They can also wirelessly play music on audio devices and store and access photos and files as an alternative to clogged phone storage.

Gameband will launch with two co-branded editions: Atari and Terraria, each pre-loaded with up to 20 mini-games including retro favorites Pong, Asteroids, and Centipede and current indie hits like Terraria, all specifically reconditioned for an immersive experience on the wrist.

“Atari created video games and arcade gaming and later pioneered the rise of consoles by bringing arcade gaming into the living room,” says Fred Chesnais, CEO of Atari, in a statement. “It’s exciting to now bring gaming to another frontier, wearables, with Gameband Atari Edition.”

“We think the smartwatch market has fallen somewhat short of its potential; it’s crowded, with lots of similar products, and often at unaffordable price points,” says FMTwo Game CEO and founder Feargal Mac Conuladh, in a statement. “With our focus on great specs, and specific gaming functionality, content and design, we want Gameband to open the door to a new audience of smartwatch customer, and we are thrilled to be going after that vision with some amazing gaming partners.”