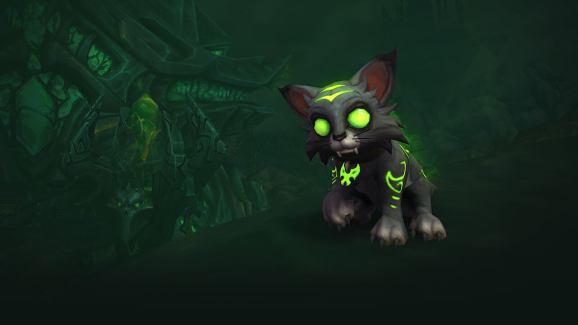 Mischief actually resulted in some good.

Blizzard announced today that it raised over $2.5 million for the Make-A-Wish foundation thanks to sales of the World of Warcraft in-game pet Mischief and a plush toy of the adorable fel-kitten. All sales from those items from December 2 through December 31 benefited the foundation, which grants wishes to children battling life-threatening illnesses.

The Make-A-Wish pet in World of Warcraft has become a yearly tradition for Blizzard. It’s a way for the developer to raise money for a good cause while still giving players fun content. In its first year in 2014, the charity pet raised $1 million.

Pets in World of Warcraft are often cosmetic, simply following your character around without participating in combat. However, you can also use them in Pokémon-style pet battles, so Mischief can still dig her cute little fel-claws into some brawling.