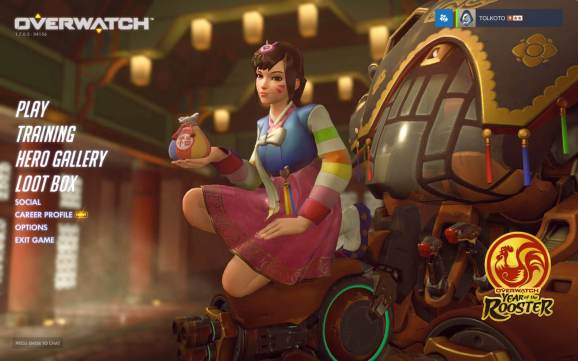 Overwatch's Year of the Rooster.

This whole “games as a service” thing is really working out for Activision Blizzard.

The publisher had a record fourth quarter and a huge year for 2016. A large part of that success is thanks to money made from in-game purchases, such as card packs in Blizzard Entertainment’s Hearthstone (which leads a potential $1.4 billion card game market). Activision Blizzard noted that it earned $3.6 billion from in-game sales in 2016. That is up more than double from 2015’s $1.6 billion.

Part of that success comes from the fact that Activision bought mobile studio King earlier in 2016, which makes free-to-play hits like Candy Crush Saga. But even when excluding King, sales from in-game content still grew 30 percent year-over-over.

A lot of that growth comes from Overatch. Blizzard’s team-based shooter launched last May, which already has more than 25 million players. It is not a free-to-play game, but players can buy loot crates, which unlock random cosmetic items. Blizzard consistently creates holiday events that make unique costumes, voice lines, and more available from loot crates for a limited time. These seasonal events encourage players to spend more money.

Activision also singled out in-game content sales for World of Warcraft as Call of Duty: Black Ops III as drivers for the increase.