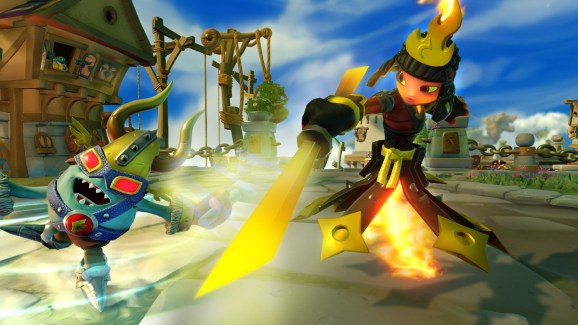 After a long run of annual releases, Skylanders is taking a different direction.

Activision Blizzard announced today during its financial call for the fourth quarter of 2016 that its toys-to-life series Skylanders will not get a new console game in 2017. Instead, it’ll release more content for 2016’s Skylanders: Imaginators. It will also release a new mobile Skylanders game.

Skylanders had been an annual franchise on console since the original came out in 2011. The series has earned over $3 billion, but the toys-to-life market (which Skylanders helped create) has been slowing down. Disney cut out of the market last year when it cancelled Skylanders competitor Disney Infinity. However, Lego: Dimensions, another toys to life competitor, continues to plan new content.

Skylanders’ future may be on mobile. Last year, Activision Blizzard released the digital card game Skylanders Battlecast for mobile. It is the No. 179 ranked card game on the iOS App Store, according to App Annie. While Battlecast doesn’t interact with the Skylanders toys, you can use actual cards to unlock digital ones in the game.

And Activision Blizzard will still make new toys and content for Imaginators. However, it won’t be able to sell fans a new game.

Skylanders is still an important cross-media brand for Activision. A Skylander’s cartoon show is available on Netflix, with its second season releasing later this year.