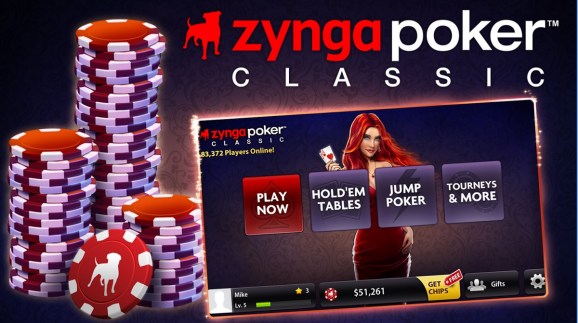 Thanks to some of its legacy games, Zynga had a good financial fourth quarter for 2016.

The mobile and social game publisher reported GAAP (generally accepted accounting principles, or earned) revenue of $190.5 million. This is on the high-end of its guidance range, and the number is also a 3 percent increase year-over-year and up 4 percent over the previous quarter. Bookings were at $201.5 million, up 11 percent year-over-year. Zynga attributed the success to strong performances from established franchises like Words With Friends (which came out eight years ago) and Zynga Poker (which is 10 years old).

Revenue for the full fiscal year was $741 million, a year-over-year decrease of 3 percent. However, the change from differed revenue was $13 million from 2015 to 2016. That put bookings (which includes earned and unearned revenue) for the year at $755 million, an 8 eight percent increase from the previous year. Zynga also attributed the growth to the launch of new game franchises like CSR Racing 2, Black Diamond Casino and Willy Wonka and the Chocolate Factory Slots.

Last quarter, Zynga’s earnings were down 7 percent year-over-year based on GAAP revenue, but it reported a slight profit based on bookings.

“They [Words With Friends and Zynga Poker] weren’t getting enough time and attention,” Zynga chief executive officer Frank Gibeau told GamesBeat. “There wasn’t enough investment in those. It really paid off in terms of putting our best talent back onto franchises that have been around for a while and reinvigorating our player base by innovating and adding features.”

Zynga Poker was up 44 percent year-over-year, while Words With Friends was up 32 percent. Zynga Poker accounted for 20 percent of online game revenue in the fourth quarter.

Gibeau became Zynga’s CEO last March after a 20-year career at Electronic Arts. He has the difficult task of returning Zynga to social juggernaut status, a position it once enjoyed thanks to Facebook hits like Farmville. Now, Zynga is focusing on mobile, and Gibeau’s dedication to “forever franchises” like Poker and Words With Friends seems to be paying off.