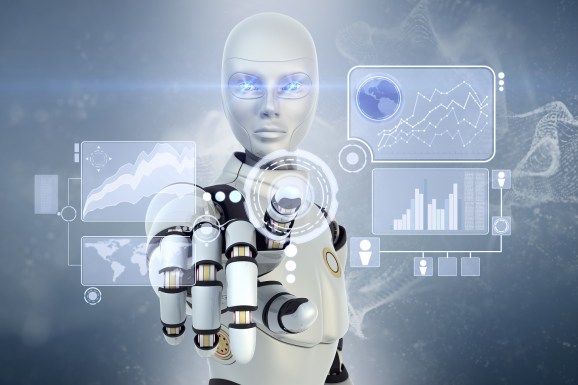 Twitter’s latest earnings were an unmitigated disaster. There was a huge revenue miss, coupled with a weak outlook that freaked out investors, who drove the stock down more than 12 percent.

But part-time CEO Jack Dorsey insists that all is not lost. And to rally the troops and convince investors to give him more time, he tried his best yesterday to highlight the ways he believes the company’s investments in machine learning offer reasons for optimism.

“As I look into 2017 and we look at what we can do, I just think the superpower we really provide the world is we can break news and get information to people faster than any other service in the world,” Dorsey said on an earnings call with analysts. “And in order to do that, people have to do just a ton of work right now to dig through everything that may not matter to them to find something that really does. And that’s why I am excited about really making sure that we apply artificial intelligence and machine learning in the right ways and that we really meet that superpower of being that little bird that told you something that you couldn’t find anywhere else.”

Twitter began making more noise about its machine learning investments last summer when it acquired Magic Pony Technology, which had developed image-reading technology. At the time, Twitter also highlighted two past acquisitions in this space: Madbits in July 2014 and Whetlab in June 2015.

During the call, Dorsey revealed that Twitter had hired Jan Pederson to oversee its “science efforts, all of our deep learning, all of our machine learning and artificial intelligence.”

Dorsey pointed to the growth over the last three months in statistics like daily active users, engagement, and tweet impressions that people see. The company has been breaking away from its traditional firehose, real-time format to help users find more interesting tweets that they may have missed.

That seems to be paying off, at least in terms of getting more current users to engage more often. And Dorsey credited the company’s machine learning efforts for that success. Now he hopes they can take that further, beyond just the timeline, and expand it to other parts of Twitter.

“The other thing that we’re investing a lot in is making sure that we apply machine learning more broadly around our entire experience,” Dorsey said. “We can get a lot smarter and provide more magical experiences for people around showing them what’s breaking in real time and giving them a sense of what’s going on without having to do as much work as they currently have to do on the platform.”

The goal seems to be to use machine learning to pull away even farther from the real-time experience to a more relevant, curated one.

“We’re looking at a lot of opportunities to organize all the tweets around relevance but also around the topics and the interest and the passions that people care about,” Dorsey said. “We have a really unique differentiator in Twitter, and that people come to us because of interest and build interest networks around that, and we think there’s a lot of room for new experiences around that.”

In its letter to shareholders, the company also highlighted the way machine learning had helped it improve the Home timeline experience by emphasizing the “most important Tweets first.”

Dorsey wrote in the letter:

We also improved the relevance of notifications to increase engagement and bring people back to Twitter.To build on this progress, we expect to apply machine learning more broadly across our service in 2017. Machine learning is critical for us to better identify and personalize content that people want to see and deliver it to them, faster. To strengthen our approach, we’ve combined our efforts under one leader who will help us build a foundation of machine learning across our consumer and revenue-generating products and create a more focused and data-driven approach to product development.

While this seems to have helped user metrics, it hasn’t done much for advertising. At least, not yet. Dorsey insisted that after concentrating on the user experience in 2016, the company is now going to bring the same focus to advertising experiences in 2017 — including finding ways to apply machine learning.

Given that Twitter could at least point to some positive user growth in recent quarters, Dorsey probably still has a little time to see if he can indeed turn the company’s declining ad business around. But Twitter’s dangerously low stock price and market capitalization are also likely going to re-ignite questions about whether it’s cheap enough for an acquisition.

Those machine learning bets need to pay off in the short term if they’re going to keep investors at bay and help the company remain independent.