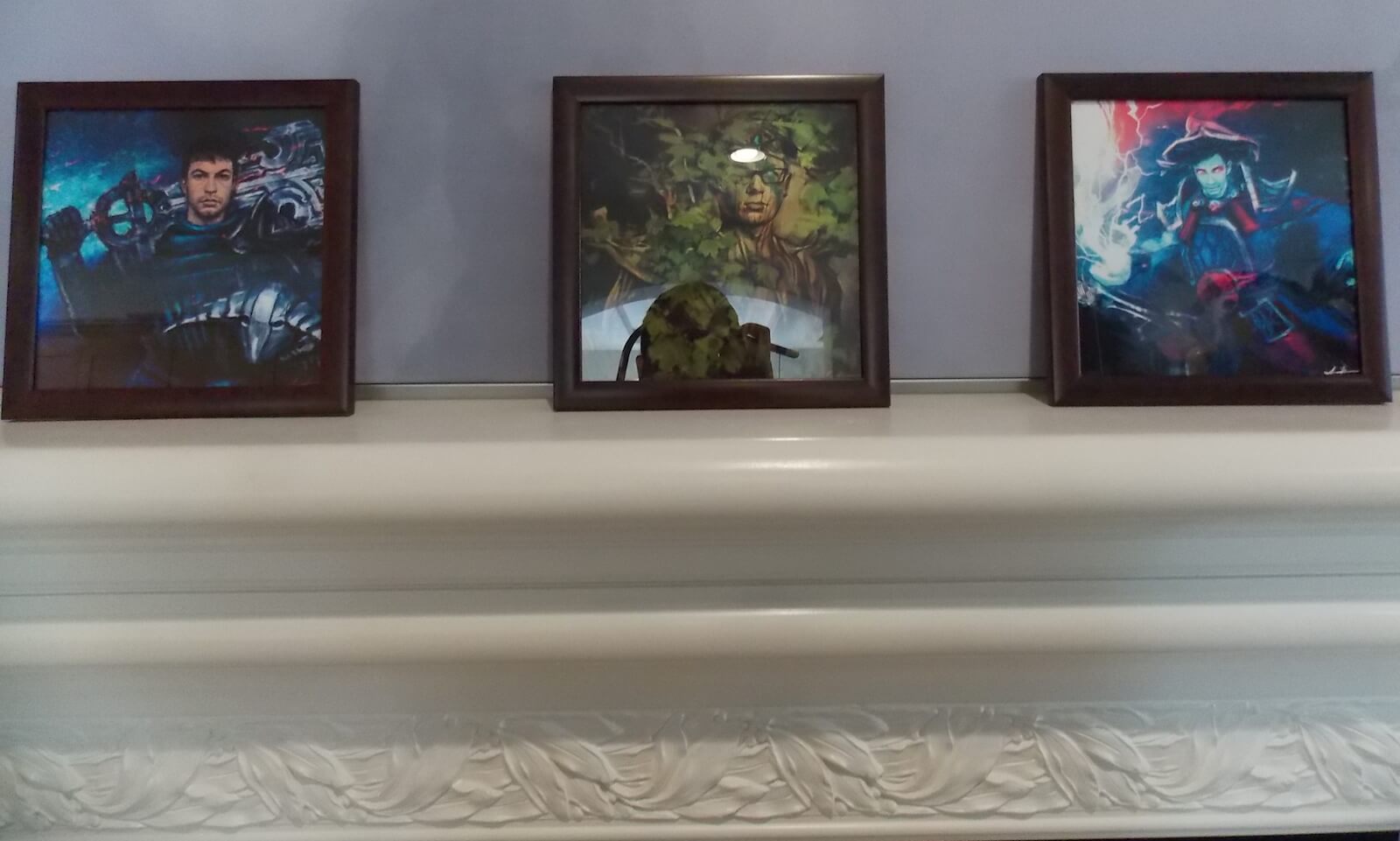 When clashes among teammates arise, Aram also sometimes serves as the mediator. In those cases, he helps each side understand the other’s frustrations so that they can see the bigger picture. The goal is to get them to focus less on undermining each other and more on getting better at the game. But for the most part, he said everyone on the team — all considered veterans in Dota 2 — are pretty good at working through their problems.

“They’re doing what I hoped I’d see with the other different teams I’ve been with, which is to hold each other accountable and not just rely on myself or a coach or somebody to try and do all the work to make the pieces fit,” said Aram.

According to Wåhlberg, who’s been playing with Evil Geniuses on-and-off for years, it’s hard to determine what a good team composition should look like. In his experience, bad teams happen when too many players “try to make their voices heard.” 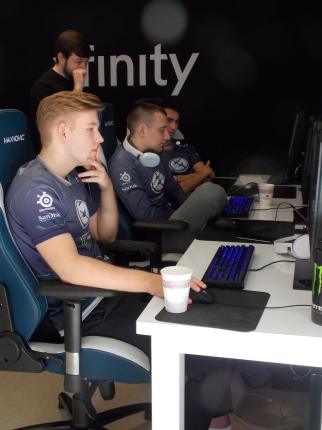 Above: Andreas “Cr1t-” Nielsen (left) and his teammates.

Wåhlberg said his former squad, Team Secret, fell apart because everyone “wanted to do their own thing.” Ideally, he thinks a team should build around its superstars. That’s exactly what Evil Geniuses has done with “Arteezy” Babaev and “Suma1L” Hassan, with Wåhlberg, Nielsen, and Arora supporting them.

Babaev is one of the most popular players in the Dota 2 community, as well as a prolific online streamer. One time, an obsessed fan from China gave him medicine at a tournament because she heard him coughing during a livestream.

Meanwhile, the 17-year-old Hassan is a bonafide wunderkind. He became one of the youngest players to ever earn $1 million in Dota 2 when EG won at TI5. He started playing the game in internet cafes in his home country of Pakistan and quickly burst onto the esports scene in 2014 after his family moved to the U.S.

“[Sumail] has an immigrant experience. He has this child-celebrity experience. He has wealth at a young age … these are all really complex things,” said Aram. “And he’s grown into it in a really remarkable way and matured a lot. I think that’s a testament to him, his family, and the people around him.”

For love of the game

Anchoring the team is their 28-year-old coach Clinton “Fear” Loomis. The former player began his career more than 10 years ago — way before esports became a booming business in the U.S. — by competing in the original Dota. Loomis was one of the three players Valve followed in its 2014 esports documentary Free to Play. In the film, one of his best friends calls him the “Rocky Balboa” of Dota because he never gives up.

“It’s very valuable to have someone with a lot of experience,” Wåhlberg said of his coach.

In the early days of his career, Loomis was only making a few hundred dollars a month and had a hard time convincing sponsors to pay for his overseas trips (no major Dota tournaments took place in the U.S. at the time). These days, he doesn’t have to pay for anything. When I asked him if he’s amazed at how far esports has come since he started, he was nonchalant about it.

“[The growth] happened very slowly, so I’ve just gotten used to it. But … it is pretty crazy,” Loomis said.

In 2014, he started experiencing elbow and forearm pain, forcing him to step away from the Evil Geniuses roster. He eventually rejoined them in time for their historic victory at TI5. But once the 2015-2016 season was over, Loomis decided to retire from competition so he could focus on recovering from his injury.

He sees coaching as a way of playing vicariously through his team. 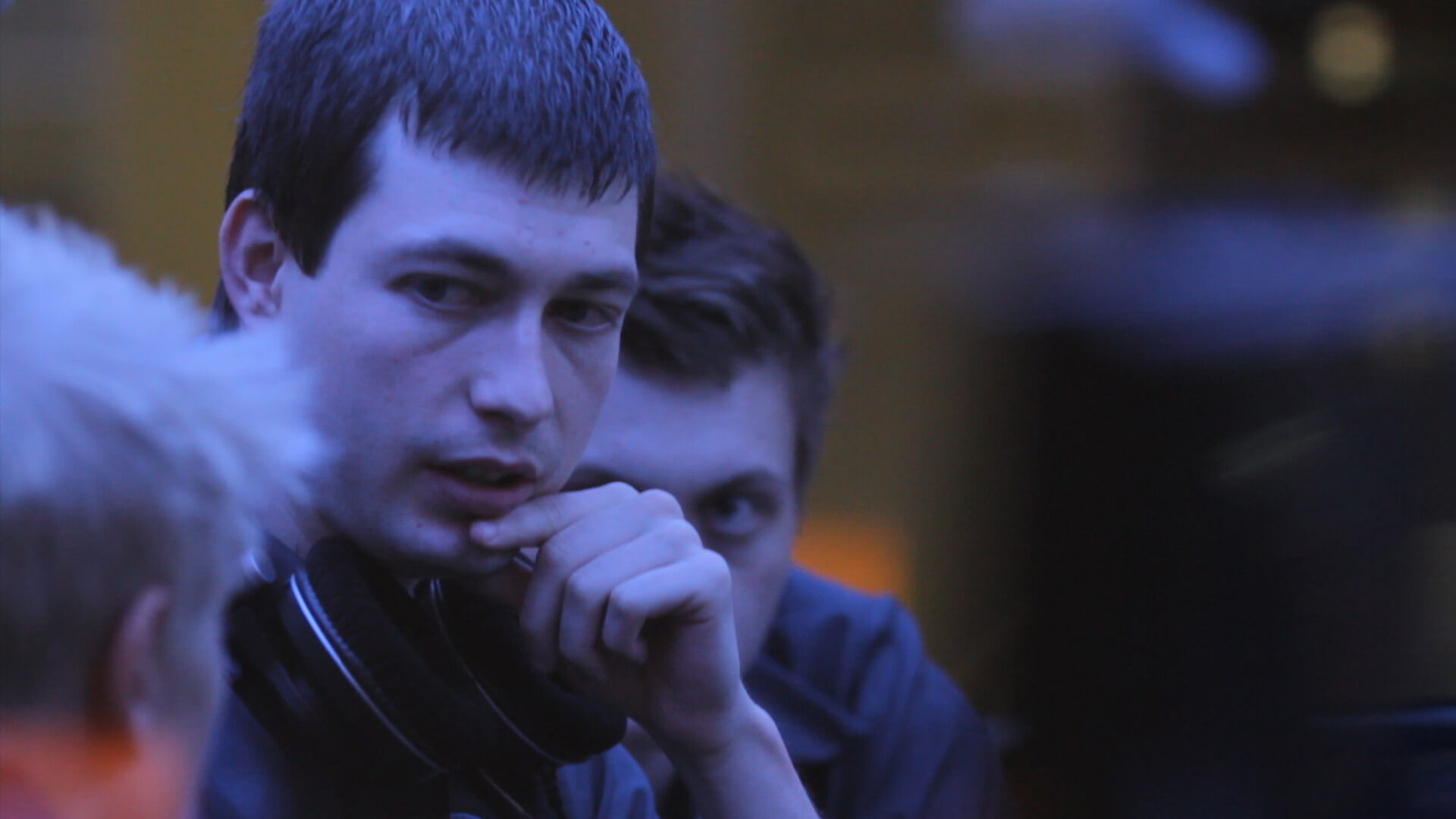 Above: Free to Play follows Loomis and two other players at the first International in 2011.

One consistent theme among the players was that they didn’t plan on making a living through esports. Loomis began playing Dota for fun. Wåhlberg can’t imagine playing anything else; he said he’s just “not very good” at other games. And Hassan has been playing the Dota series for 10 years, more than half his lifetime.

“I started playing Dota when I was around 7. I found it pretty easy to do because you don’t have to go out. You just sit at the computer,” Hassan said. “Your mom brings you food, and you just eat and play. … Then at one point, TI came out and the prize was really big. I would say I was decent at that point. So I just kept playing and thought I would be good some day.”

His bet paid off. As my visit wound down, the players returned to their PCs to settle in for their daily practice while Loomis watched over them. Without the cheering from a crowd or the rapid-fire commentary from Dota 2 broadcasters, the room was eerily quiet. Only mouse clicks, soft voices, and swift keyboard taps punctuated the silence.

At the Boston Major, Evil Geniuses landed in third place (earning $250,000) after losing in the semifinals to OG, a European team that moved on to win the $1 million grand prize. They fared better in subsequent tournaments, nabbing first place in both China Top and Dota Pit. But the long road to the seventh International is just beginning. 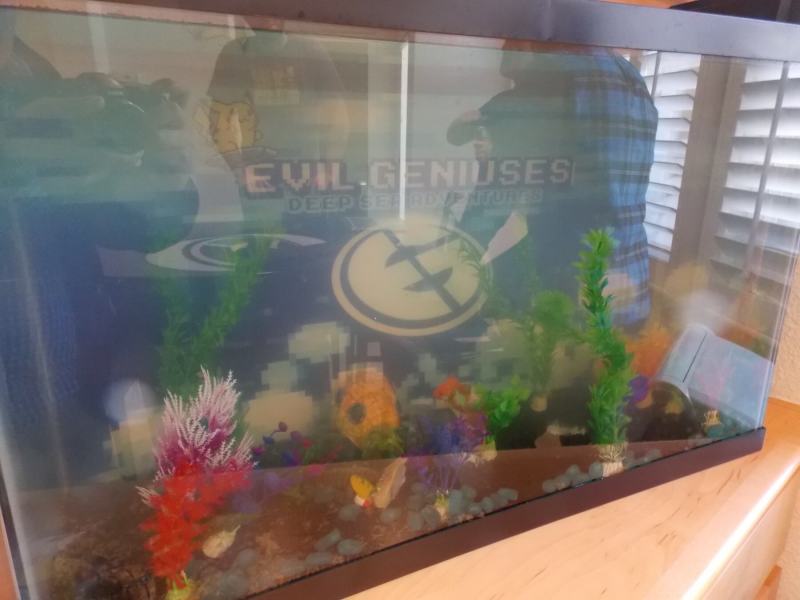 Above: Even the team's fish can't escape the EG branding.