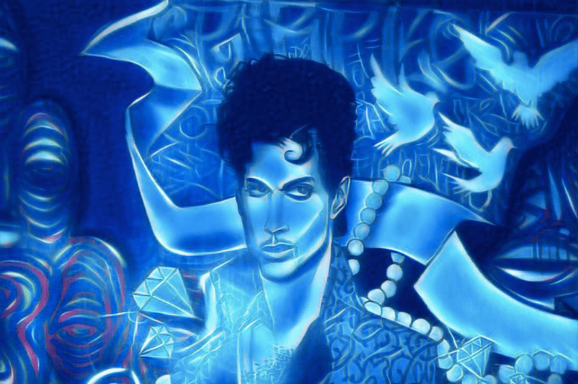 A mural of Prince aka The Purple One modified with the Ice filter using the Icon8 Telegram bot.

This isn’t a first for Prince, but the late artist pulled his catalog from most music streaming services in 2015. At the time, Price made one exception: Jay Z’s Tidal.

Later that year, Prince explained why he pulled his songs, saying “the catalog has to be protected” and “Spotify wasn’t paying, so you gotta shut it down.” In the same interview, Prince voiced support for Jay Z.

As Prince was a major critic of ad-supported services like Spotify, the return of his work to streaming strikes a sour note: “His estate potentially owes $100 million (£80 million) in taxes, making new business deals a matter of urgency,” the BBC reports.

Prince’s albums appear to be rolling out today in stages. Spotify, for example, only had two of the artist’s albums available for streaming when this story was published.