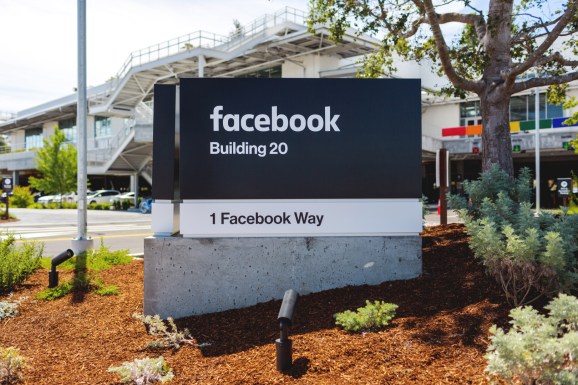 Facebook has announced plans to roll out an app for the biggest screen in your home so you can consume your favorite cat videos and long form content shared across the social network. A dedicated video app for the television will be launching soon and will be available on Apple TV, Amazon Fire TV, and Samsung smart TVs to start with. Additional platforms will become available in the future.

When the app is installed, you can view videos that are shared by those you follow, including brands, friends, and family members, as well as live videos from around the world. Facebook also plans on recommending videos it thinks you might be interested in based on stated preferences and activity you’ve made previously. Videos can be saved, rewatched over and over again, shared, or uploaded through the app.

“We’ve had the ability to cast from Facebook to TV for a long time, and in the next few weeks we’re launching a connected TV app on Apple TV, Amazon Fire TV, and Samsung Smart TV,” remarked Dan Rose, the company’s vice president of partnerships, in a statement provided to VentureBeat. “A lot of people when they’re watching video in News Feed during the day will save it for later, because they don’t have time to watch. Now it’s easy to watch on your TV if you want to do that. We want people to be able to consume content wherever they are — whether it’s on their phone, whether it’s on their computer — and TV is just another screen for that…”

Word first broke about the development of a TV app in January, and it’s no secret that the social networking company has made a big deal about how important video is. It sees the medium as one of the next opportunities to conquer, following messaging and the traditional social media offering. During Facebook’s last quarterly earnings call, CEO Mark Zuckerberg described video as being a “mega trend on the same order as mobile” and expressed his desire to transform the social network into a video-first service.

We’ve already started to see the push towards video with not only a new video tab within Facebook’s mobile app, but the push towards Facebook Live, Instagram Stories and Live, Messenger Day, surfacing longer videos within News Feed, and more. While 2016 was a year where the company invested in original content, Zuckerberg acknowledged that in the next 12 months, we’re going to see Facebook make more investments in content and planning.

Expanding into the bigger screen also gives the company some cover against investors who worry about its slowdown in advertising. In July, Facebook chief financial officer Dave Wehner made a remark that concerned advertisers, suggesting that the total number of ads the company would be able to show each user would be “a relative non-factor” for predicting Facebook’s future revenue growth a year from then. The following quarter, it warned investors that its ad revenue growth would be slowing down in 2017, which is now.

Should this TV offering work out for Facebook, it could open up a new set of assets to sell more ads against. If this initiative becomes incredibly successful, we might see the social networking company debut its version of YouTube Red or Amazon Video and sign big-name actors and shows to its label. Could you be consuming the latest Emmy award-winning show from Facebook in the near future?

Other updates are also coming to Facebook proper, including disabling sound on videos in the News Feed. Now when clips play, you won’t have to also tap on the sound icon to enable audio — it’ll happen automatically. But if you’re watching a video on your phone and the device is in silent mode, the sound won’t play.

Vertical videos are getting an update on mobile devices too — now a larger format will be displayed when viewing them on iOS or Android devices.

Lastly, picture-in-picture mode is supported on Facebook, so if you’re enjoying a clip but have to continue cycling through your News Feed, feel free to minimize it slightly so it’ll appear as a thumbnail in the corner of your screen and continue browsing. This is similar to what you experience on YouTube. For Android users, the videos can even continue playing after you’ve left the Facebook app.