SpotHero has launched a developer platform to help third-party services integrate parking reservations into their own apps.

Founded out of Chicago in 2011, SpotHero serves to connect garages, lots, and valets with car owners across the U.S. The company has gathered around $27 million in VC funding since its inception, and claims to have helped more than 5 million drivers find spaces for their vehicles. 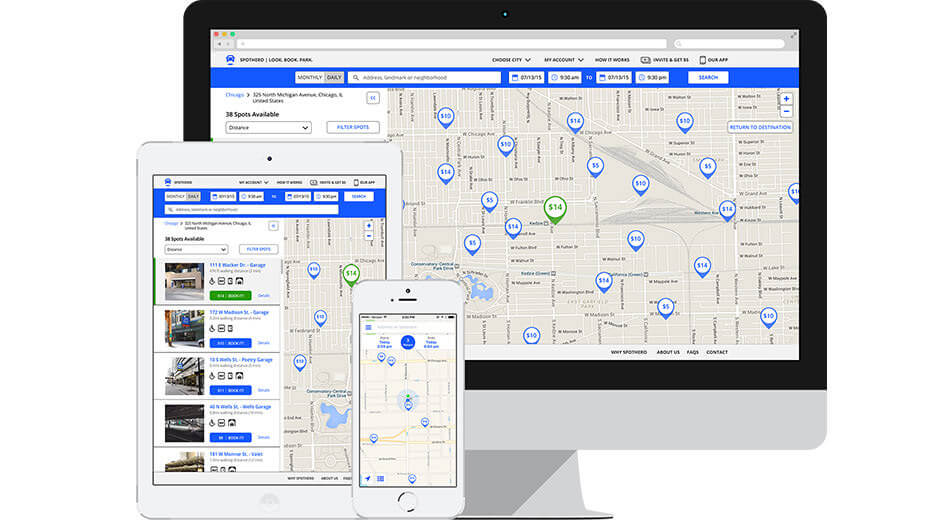 Constituting an API, SDK, and Web Widget, the SpotHero developer platform could help it scale its reach significantly in the coming months. Indeed, the company already has a bunch of beta partners on board. SpotHero is “already on track to process tens of thousands” of reservations this year, said Elan Mosbacher, VP of strategy and partnerships at SpotHero. “We’ve seen tremendous success with a variety of partners over the past few months.”

In terms of what kinds of services are integrating SpotHero, some examples include broader travel booking services and navigation technology companies (possibly SatNav firms) — though due to non-disclosure agreements (NDAs), SpotHero wasn’t at liberty to reveal specific clients.

It’s worth noting here that although the developer platform is only open to those accepted through the application process, it is completely free to use. But if it’s free, what’s in it for SpotHero? It all comes down to commission — SpotHero takes a cut from every booking made the service, therefore by opening up to more reservation channels the company should grow its revenues accordingly.

While the car industry has seen some notable disruptions in recent years, with the likes of Uber conquering the world with its app-based approach to mobilizing everyone and the autonomous car industry entering overdrive, parking too has seen some notable developments. London-based startup Parkopedia lets users see real-time information on parking meters, parking spaces, parking lots, and even private driveways available for hire globally, and it licenses its data to some big-name companies, including Apple. And Google recently announced that its Maps app for Android would now predict how busy the parking is at your destination using historical data.

Elsewhere, fellow Chicago startup ParkWhiz, with around $36 million in funding to its name, offers something similar to SpotHero: helping drivers find places to park.

Regardless of whether the impending self-driving car revolution arrives tomorrow or next century, the fact is that even autonomous cars will need to park. And we’re seeing people working to solve the traffic headache in tandem — reducing the number of cars on the street (Uber) and making it easier to find somewhere to pull up (SpotHero). Injecting its parking inventory into third-party services can only help SpotHero expand its reach.

“SpotHero has the biggest network of parking facilities in the United States that accepts online reservations, so we’re excited to make reservation functionality on our platform available to third-party apps,” said Anthony Broad-Crawford, chief product officer at SpotHero. “Giving drivers the ability to reserve parking through their interface of choice — whether that’s on our app or another service — will help making driving even easier for more people, and that’s what we’re about.”