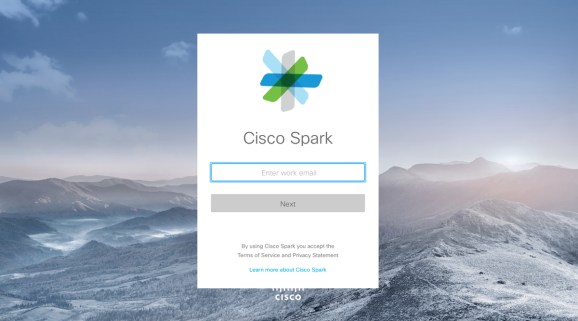 Botkit, an open source framework for making bots made by Austin-based startup Howdy, announced an integration with the Cisco Spark chat app today.

The integration will allow developers using Botkit to add bots made for Slack to be added to Cisco Spark, which is kind of ironic given the fact that a senior Cisco employee told VentureBeat he does not want Cisco Spark to be like Slack.

Botkit is used by thousands of enterprise bot developers. Launched in December 2015 on the same day as the Slack platform, it offered the first way to build a Slack bot.

At launch Botkit was only able to make Slack bots. Since then it has grown to include Twilio, Facebook Messenger, and other platforms, as well as natural language understanding from the IBM Watson Conversation API.

Most notably for enterprise customers, last fall Botkit integrated with the Microsoft Bot Framework, which connects with Office 365, Skype for Business, and Microsoft Teams.

“Cisco Spark is a wide open playing field for bot builders that doesn’t overlap with the existing user base of Slack,” said Howdy cofounder Ben Brown.

Brown believes that due to the way bot apps work in Spark, there’s a virality potential for bots within Spark that isn’t there with Slack.

“Whereas in Slack, each team is its own walled garden with a specific set of integrations, in Cisco Spark, channels and integrations are global. You can see a bot in a shared channel and simply invite it over to your channel. We think this will lead to a lot of intra- and extra-organizational spreading of useful bots,” Brown said.

On the hardware side of Cisco Spark, last month Cisco rolled out its Spark Board, an interactive screen controlled with the Cisco Spark app that can be used for meetings.

Both Cisco and Slack have put money aside to pay developers and companies to create good bots.

The Slack Fund was launched in December 2015 to invest $80 million in startups making bots for the Slack ecosystem, while the Cisco Spark Innovation Fund announced in March 2016 plans to invest $150 million in promising bots and developers who want to make new products for Cisco endpoints in offices around the world.