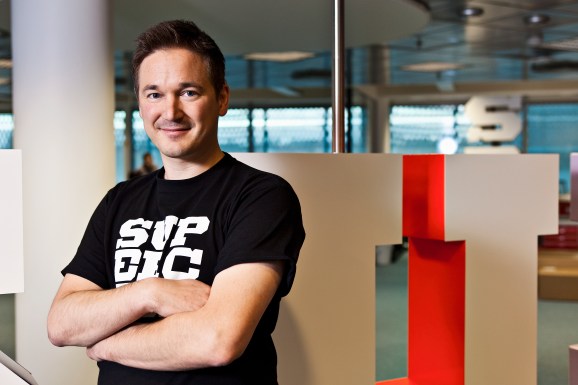 Supercell, the maker of hit mobile games Clash of Clans and Clash Royale, said that sales growth was flat $2.3 billion in 2016. That’s flat compared to a year ago.

But the Helsinki company generated earnings before taxes and other items of $1 billion, up from $897 million a year earlier. That’s an enormous profit for a company with just 213 employees and only four games on the market.

But that’s the story of the modern mobile game industry, which SuperData Research said hit $40 billion in 2016. Supercell’s games are free-to-play, where you can play them for free and spend real money on in-game items. Supercell’s fans compete with each other via clans, and they spend money at insane levels.

This is why China’s Tencent Holdings acquired most of the shares of Supercell last year at a valuation of $10 billion.

Supercell said the earnings for 2016 benefited from lower spending on advertising and the successful launch of Clash Royale last year. Clash Royale and Clash of Clans (which launched way back in 2012) were in the top five games of the year in revenues, according to market research App Annie. 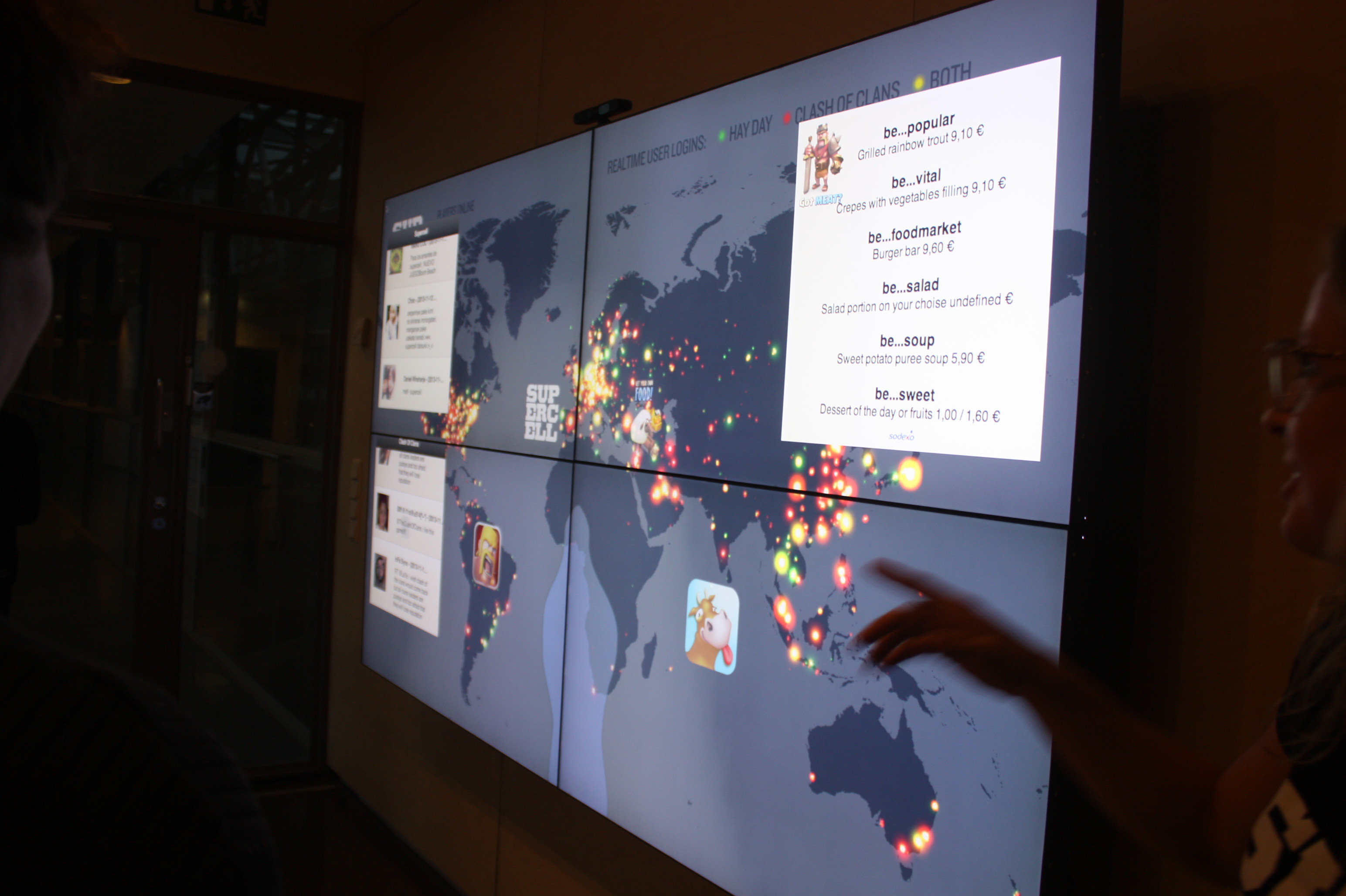 Above: Supercell’s entrance has a display that shows player activity around the world.

Ilkka Paananen, CEO of Supercell, told reporters that the company might test a new game in selected markets later this year, but there were no solid plans yet. Paananen founded the company in 2010 with €5 million from Tekes, the Finnish government’s funding agency. Supercell now pays hundreds of millions of euros in taxes a year. That’s a good payoff for Finland.

In a statement, Paananen said:

2016 was our best year so far. We released our fourth game, Clash Royale, which has been really successful so far – topping the charts in 131 countries right away and has now spent a total of 130 days at number one in the U.S. To do this in the most competitive environment for mobile games ever, with over 750 new games released every day on average, is a fantastic achievement.

Just as importantly, our three existing games continued to thrive – each of them has not only reached the top 10, but stayed there for a long time. It has been incredible to see how our games have become part of peoples’ lives this way, we have millions of players all over the world who have played our games for years. That has always been the long-term vision of Supercell, to be the best place in the world for the best teams to produce games that people want to play for years and years.

As I said last year, and I’m pleased to report again, what makes me proud is that we’ve managed to stay as a small company despite this success. At the end of 2016, we were 213 people in total in our five offices across the world.

Supercell said it paid a total dividend of $1 billion (€909m). That is a huge dividend, and it should make Tencent happy about its investment already.

Supercell has been active in launching other initiatives. It debuted Clash-A-Rama, an original animated web series from three writers of The Simpsons. It has generated more than 200 million views.

Supercell has also held 10 esports tournaments in six countries with 5 million players so far. The streamed finals have been watched 28.5 million times. Supercell also made a 51 percent investment in Helsinki developer Frogmind, maker of Badland and Badland 2.