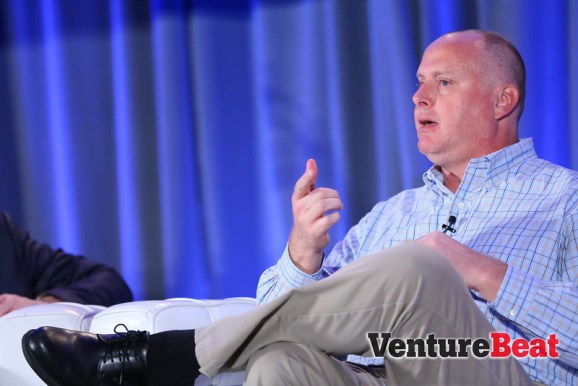 The move is one of many by Amazon to lock up talent in the high end of the game business, where the company is pitching the combination of its Twitch livestreaming and Lumberyard game engine as bid for legitimacy.

At Amazon, Smedley is at work on an ambitious new project that will tap the power of the Amazon Web Services Cloud and Twitch.

Smedley served at Sony Online Entertainment for 20 years, and he led the division for 15 years. He spun SOE out of its Japanese parent in February 2015. He became CEO of the renamed business, Daybreak Game Company, but then left that role after a bitter Twitter war with a hacker in July 2015.

In October 2015, Smedley started a new company, PixeImage, but he decided to close that company after it failed to hit its fundraising goals for its 8-bit role-playing game Hero’s Song.

Smedley is hiring people for the new studio, and Amazon is also recruiting people for its Seattle, Orange County, and Austin locations. Amazon is also providing the game engine for Leslie Benzies, the former Grand Theft Auto creator, as he makes a next-generation open world game called Everywhere.

Asked why he is teaming up with Amazon, Smedley said in an email, “Amazon is getting into games in a big way, and I really like their dedication to doing big things.”

Regarding the Lumberyard engine, Smedley said, it lets developers make Triple-A games in a reasonable time, and it integrates Amazon Web Services as the backend, which allows developers to do “ridiculous things.”

Smedley said that many members of the Pixelmage team and others he has worked with are joining the Amazon game studio. So far, the studio has 14 people.