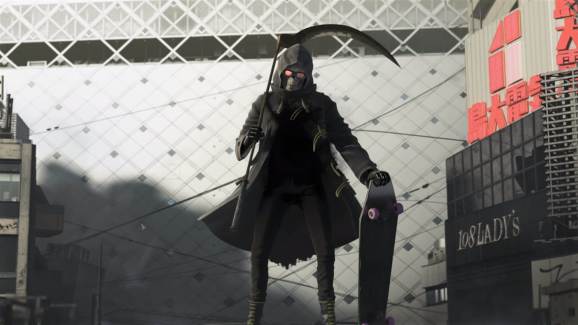 A free-to-play game is finding success on PlayStation 4.

Publisher GungHo Online Entertainment America and developer Grasshopper Manufacture announced today that the free-to-play hack-and-slash game Let It Die has passed 2 million downloads on PlayStation 4. It came out on December 3 in the U.S. and Europe, but it released in Japan recently on February 2.

GungHo’s best known for its biggest hit, the mobile game Puzzle & Dragons. Let It Die is the publisher’s first PlayStation 4 game, although it did publish the mobile version of Galak-Z. Grasshopper Entertainment developed Let It Die. Goichi Suda, also known as Suda 51, is the chief executive officer of that studio, known for violent, over-the-top games like No More Heroes and Lollipop Chainsaw.

To celebrate the milestone, GungHo is giving players who log into the game between February 16 and February 23 a free Death Metal, a premium in-game currency that allows you to continue the game after dying.