SEOUL (Reuters) – Samsung Group chief Jay Y. Lee appeared at South Korea’s special prosecutor’s office on Thursday before a court hearing that will decide whether to issue an arrest warrant over his role in a corruption scandal that has engulfed President Park Geun-hye.

South Korea’s special prosecutor’s office said on Wednesday it had expanded charges against Lee to include hiding the proceeds of a criminal act, as well as bribery, embezzlement, hiding assets overseas and perjury. Prosecutors are seeking an arrest warrant for Lee for the second time in a month.

The special prosecutor’s office has focused on Samsung Group’s relationship with Park, accusing Lee in his capacity as the head of South Korea’s largest conglomerate of pledging 43 billion won ($37.7 million) to a business and organizations backed by Park’s friend, Choi Soon-sil, in exchange for support of a 2015 merger of two Samsung companies. 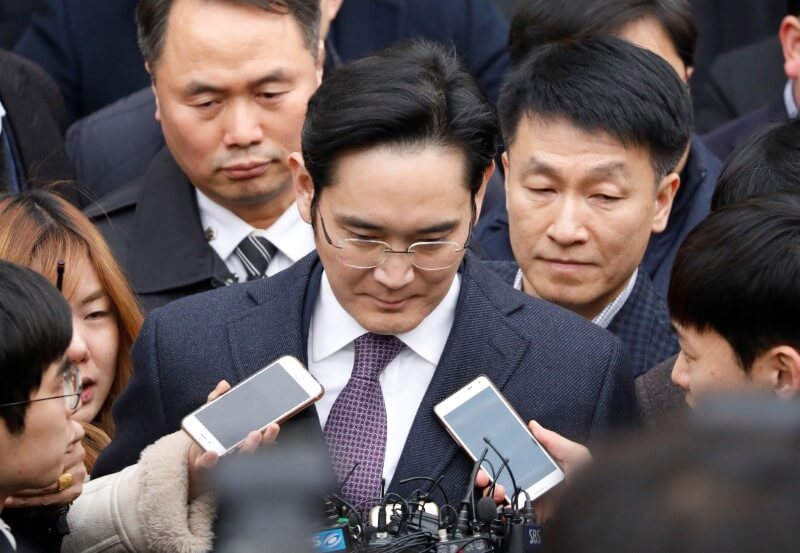 Samsung Electronics Co Ltd President Park Sang-jin, for whom the prosecution has also requested an arrest warrant, also appeared at the special prosecutor’s office on Thursday.

Lee, 48, wearing a dark coat and a navy tie, did not answer reporters’ questions as he made his way into an elevator.

The Seoul Central District Court, which denied prosecutors’ first attempt to secure an arrest warrant for Lee last month, will hold a hearing on the latest request at 10:30 a.m. (0130 GMT).

On Wednesday, Samsung Group repeated an earlier denial on its official Twitter account: “Samsung has absolutely never bribed the president seeking something in return or sought illicit favors.”

“We will do our best for the truth to be revealed in court,” it said.