Amazon’s Twitch livestreaming service had a big year in 2016, and the company celebrated it by creating an interactive retrospective of the year that plays like a side-scrolling adventure game.

The most watched clip of 2016 is this one with over 880,000 plays. During the year, viewers watched 292 billion minutes of view. There were more than 2.2 million unique streamers.

Twitch users sent 14.2 billion chat messages. There were 590 million Bits cheered, where fans can give streamers rewards for entertaining streams. 153 million Whispers were sent. More than a million free channel subscriptions were used. 413 million Kappas (graphic emoticons) were used. And 10 percent of chats use AutoMod, or moderation. Overwatch was the most watched game, and Finland made the most use of Friends, for connecting with friends. Twitch also raised more than $25 million for charity.

Here’s a link to the interactive retrospective for Twitch’s 2016. 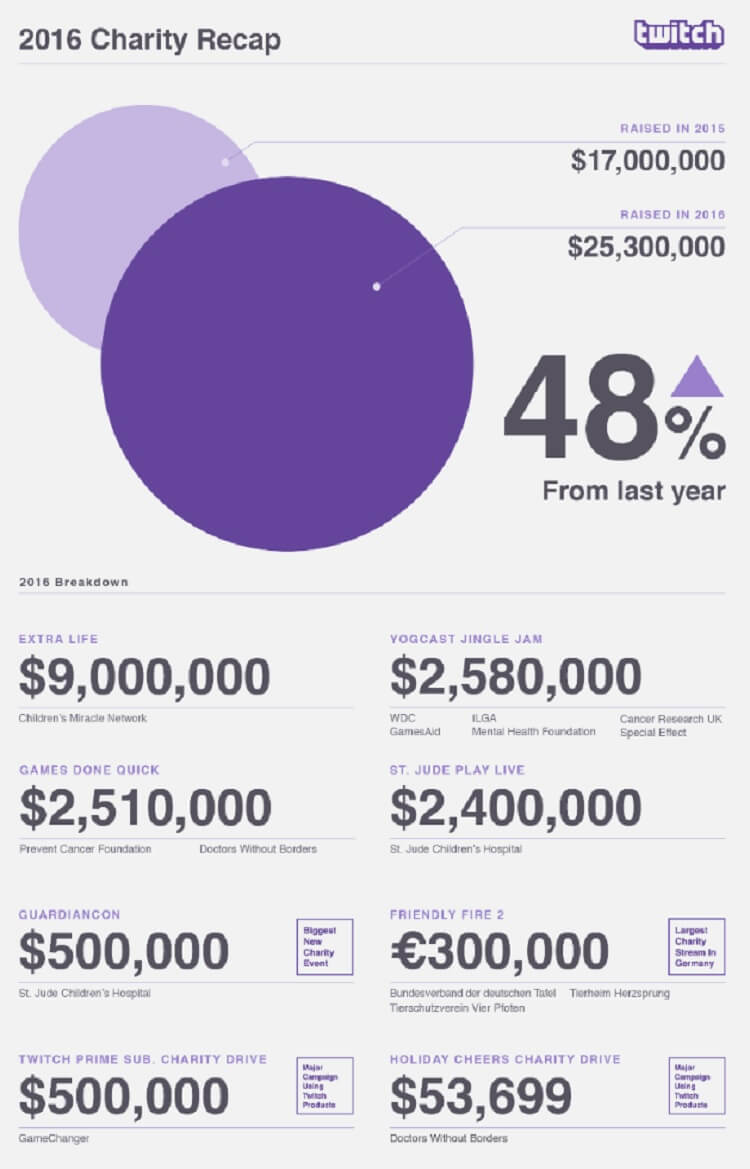 Above: Here’s a recap of Twitch’s efforts to raise money for charities in 2016.