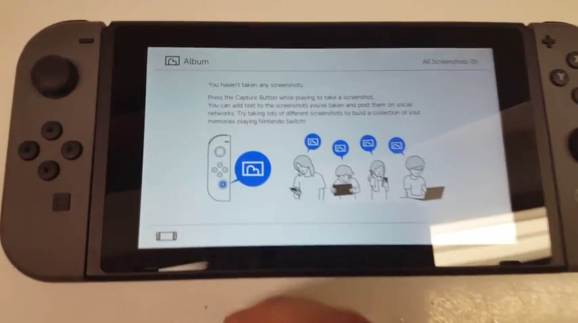 It's the interface for that system you bought and don't really know all that much about!

Some leaks are potentially giving the world its first good look at the Nintendo Switch’s system interface.

A poster on the message board NeoGAF claims that they have received their Nintendo Switch system early, and they are now posting clips that are allegedly of the hybrid home/handheld console in action. The $300 Switch is Nintendo’s the followup to the Wii U, and it combines elements of the company’s home and portable machines into a single device. But that device isn’t supposed to ship until March 3, and the company hasn’t provided fans with a look at how players will navigate the Switch’s menus. This alleged leak (we’re working to verify it) means that you don’t have to wait to either get the system yourself or wait for Nintendo to demonstrate the operating-system features for you in an official video.

The clip, which is about three minutes long, also dives into the system’s home interface and settings menus. You can see links to the Nintendo eShop and the screenshot album. Based on the brief look from this leak, the overall operating system looks like a cleaner, quicker take on what we’ve seen with the Wii U.