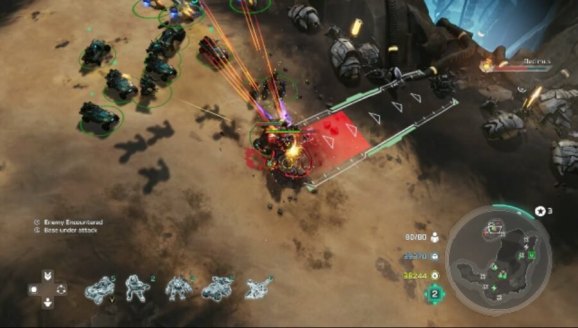 Going after Decimus in Halo Wars 2 with a missile strike.

Halo Wars 2, Microsoft’s next big exclusive on the Xbox One and Windows, has some very grueling missions in its single-player campaign.

I’ve been playing the game on the console in advance of its February 21 debut, and I had a tough time getting through the mission dubbed Lights Out. All told, it took me more than an hour to finish it, in part because there were times when I had no idea what to do. For the most part, long, furious battles are a good thing in a real-time strategy game as they really make you feel good when you finally defeat the enemy. (Check out the abridged video below.)

In this large map, you start out without any communication with your capital ship, the Spirit of Fire, which is hovering in orbit. So you don’t have access to all of the offensive weapons at your disposal.

As I noted in my earlier preview, I’m gradually getting accustomed to playing on a console as real-time strategy games are truly best played on a PC with a keyboard and mouse. Microsoft is serious about making this game work on the console and expanding the market for RTS titles, so it enlisted developer The Creative Assembly to build Halo Wars 2.

The Creative Assembly, owned by Sega, has made Total War RTS games on the PC for years, but this Xbox One title required the developer to rethink the gameplay and controls. 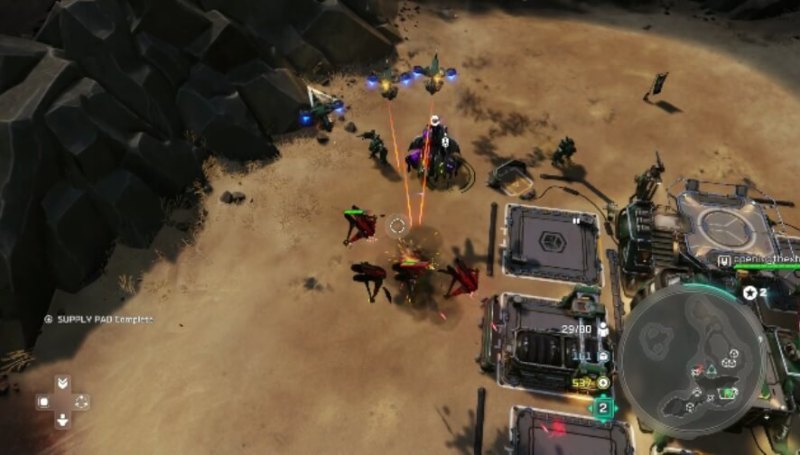 Above: Defending the base in Halo Wars 2.

The original Halo Wars, which came out in 2009, had a good control scheme on a controller. You could press the right bumper to select local units or those within your field of view. If you held the bumper down, you could select all of your units on the map.

That was easy enough. But that game had a fairly limited field of view, and you couldn’t get very many units on the screen at once. With Halo Wars 2, the maps are much more expansive, and you can get 80 soldiers on the screen. Of course, some of those units are part of groups, so you can’t actually control all 80 units at once as you can in typical PC RTS games.

The Creative Assembly added some nice touches, like shortcuts on the D-pad, which are customizable. You can map units to the D-pad directional controls and easily switch to them. That takes a lot of brain cycles to remember, and I still haven’t done much with it. But I’ve survived OK so far without it.

In the Lights Out mission, you have to take on a big mech Brute named Decimus, who is part of a faction dubbed the Banished. The Banished have been able to use a bunch of jump portals to move all over the place at once, and in Lights Out, your job is to chase Decimus’ forces through the portals. 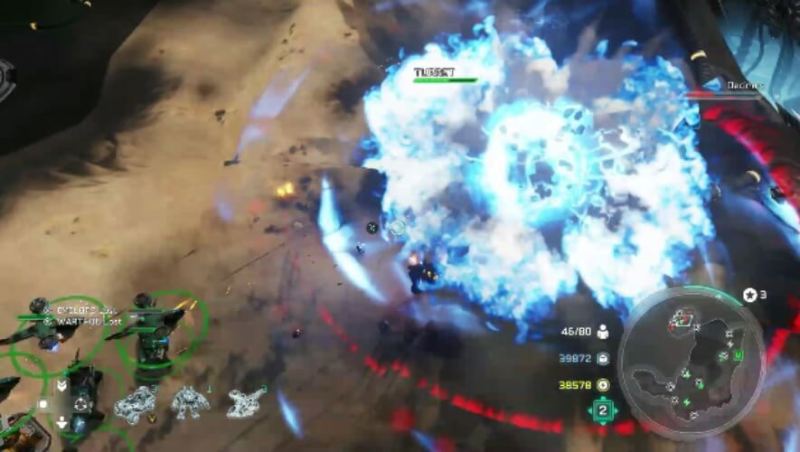 Above: Decimus fights back in Lights Out in Halo Wars 2.

At the outset, I built a large base and started reaping a lot of resources by creating a Heavy Supply Pad. That allowed me to build a maximum army to attack Decimus’ forces. I had anti-air units such as Wolverines and mechs, as well as flame soldiers, mobile buggy Warthogs, and attack choppers. This mix allowed me to take on just about any unit by swarming around it.

In this match, you pretty much get all the resources you need to keep going forever. But every now and then, the enemy will attack your base. If you are unprepared, and haven’t built defensive turrets, you could lose the whole base. And that brings your resource collection to a halt. That happened to me on an earlier map, and I had to restart the whole mission over. 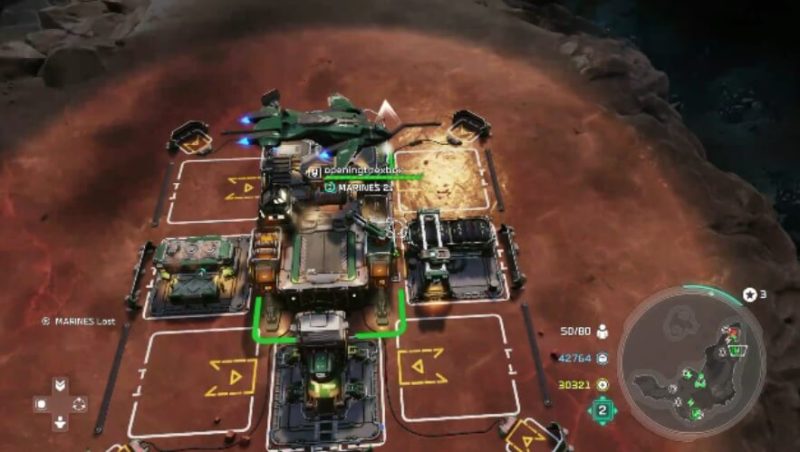 Above: Building a base in Halo Wars 2.

One of the hard parts — and a bad part of the design of this level — is that I didn’t know where to go next. There was one instance where the portals didn’t take me to an obvious next step. I wandered around, trying to get through an impenetrable barrier of raining fire from an enemy capital ship. I couldn’t get through it, and lost my whole force trying. I also lost my Spartans doing that. It was a long detour that made the level stretch out for me. Then I finally figured out that I didn’t have to move through that No Man’s Land area. It shouldn’t have been that hard to figure out where to go next.

Then I finally ran into Decimus and his forces. Those forces were defending a big base with turrets and a wide variety of troops. This was probably most fun I had playing the game. I had to continuously make new units and feed them into the battle. I also had to use my “leader powers,” where you can do something special to turn the tide of the battle.

I could drop a salvo of missiles, or I could temporarily heal all units within a target circle for a brief period. You can only use your leader powers if you have enough resources, which wasn’t a problem this time. But the leader powers take awhile to replenish. I was able to reinforce enough times and use the healing powers to protect my forces to wear the enemy down. I eventually defeated the enemy base. That felt good when I did that.

Then more enemy forces appeared. I had to take out a portal controller to stop the Banished from accessing the portals. That was another big fight, where I had to take out enemy turrets and other forces. Finally, once I had done that, I had take on Decimus himself.

That seemed easy, with 20 units against one. But he was able to call in capital ship attacks to defend himself. At my moment of triumph, my whole army got destroyed again. I had to build it up and approach him more carefully. So again, it took a long time to take out Decimus. When it was over, I was glad and exhausted. It was harder than I thought, and that was a good thing.