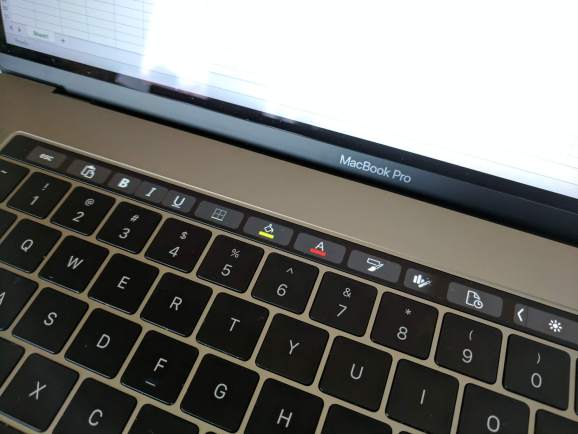 Microsoft today announced that support for the Touch Bar display above the keyboard on Apple’s latest MacBook Pro laptops is now available to everyone. This is happening a couple of weeks after people taking early builds in the fast ring of Microsoft’s Office Insider program got access to the new features earlier this month.

The Touch Bar now shows many options in Word, Excel, and PowerPoint. And Microsoft has already added something new to the Touch Bar in those apps — a button that lets you easily rotate an object such as an image that you drop into a document, Microsoft Office corporate vice president Kirk Koenigsbauer wrote in a blog post.

Here’s what the new button looks like on the Touch Bar:

Push that new button and you get this fun slider:

Touch Bar support is coming “soon” to Outlook and Skype for Business, a Microsoft spokesperson told VentureBeat in an email.

While Microsoft and Apple of course compete in the desktop operating system market, among other areas, Microsoft has long made efforts to ensure its Office software runs well on Apple hardware. In 2014, for example, Apple brought Office to the iPad. And so supporting the Touch Bar, as Adobe, Spotify, and several independent developers have done, is the reasonable thing to do.