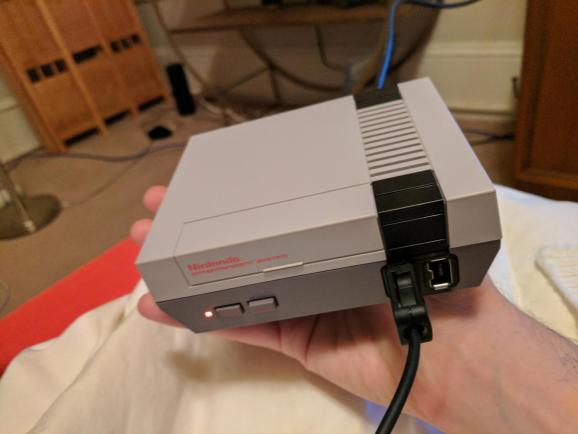 GamesBeat reported last week that the PlayStation 4 was the top-selling gaming system in January, and the Xbox One had its best January ever. But Nintendo had a strong month as well thanks to the power of nostalgia.

Nintendo’s NES Classic Edition, a $60 throwback device that looks like a miniature version of the company’s 8-bit gaming system, outsold the Wii U, according to industry-tracking firm The NPD Group. That’s more evidence that Nintendo’s outgoing Wii U hardware is dead at retail. The publisher has the hybrid home/handheld Switch console launching in two weeks on March 3 to replace it, but the NES Classic is doing a fine job selling hardware for Nintendo.

The NES Classic, which comes bundled with 30 built-in games, has caught on like crazy. It was still nearly impossible to find at retailers or online in January, and many nostalgic fans are still looking for one. But enough people were able to spend the $60 to make the NES Classic No. 3 for the month.