Aviso, which provides sales forecasting enhanced with machine learning for businesses, today announced a funding round of $8 million. 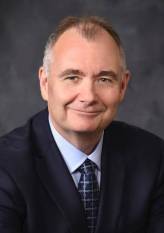 Above: Michael Lock, CEO of Aviso

Lock just joined the startup as its new chief, taking the place of K.V. Rao, founder and former CEO, who is moving into the role of chief strategy officer. Lock certainly has credibility in the SaaS sector, as he was a founding executive at Google Enterprise, a business offering that’s now part of Google Cloud.

Aviso has 30 customers, including Apttus, HubSpot, Nutanix, Pandora, and Splunk. The startup charges an annual subscription fee based on user count and usage.

Predictive analytics in sales is a trending topic and has seen several acquisitions — InsideSales acquired C9 and its predictive cloud in 2015, and DxContinuum just got snatched up by ServiceNow for its machine learning capabilities. Big players like eBay and LinkedIn are also investing in this sector, so Aviso could one day get acquired too.

Scale Venture Partners, Next World Capital, and Shasta Ventures participated in this round. Aviso raised $15 million in its previous funding round, back in 2015, and just $8 million in this latest round. This isn’t a down round, though, a spokesperson told VentureBeat in an email.

“Aviso still has money in the bank from the last round,” the spokesperson wrote. “But given the incoming new CEO, the venture capital partners felt it important to increase the available cash on hand. This $8 million infusion gives us more than enough capital to fund the next phase of growth for the company.”

The new funds will be used to scale the product and expand the sales, marketing, and customer service teams, according to the spokesperson.

Founded in 2012, Aviso has raised a total of $31 million to date and currently has approximately 70 employees.