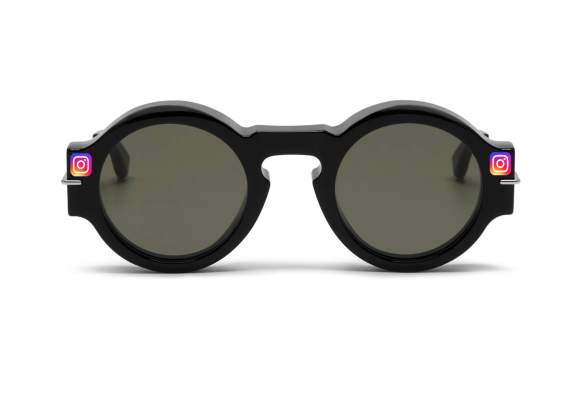 Snapchat Spectacles — called a “toy” by founder Evan Spiegel — are a serious business weapon wrapped in neon-colored plastic. The high-tech sunglasses record 10-second snippets of video at the touch of a button. Critically, they relay the video wirelessly to the Snapchat app on your phone, allowing for frictionless, hands-free posting to the network.

Given how intensely heated the video space is, with multiple networks vying for billions of daily views, this direct pipeline to users and their videos is nothing short of brilliant. It’s also a shot across the bow of the reigning king of social media, Facebook. The question is: Do Zuckerberg and co. have a counterattack planned?

The strategy Snapchat is deploying — locking users into a platform with a clever hardware pairing — is nothing new, of course. Recently, Amazon tried the same approach with its failed Fire phone. Panned as a “better store than smartphone,” Amazon was practically giving the phone away in the hopes users would double down on Amazon shopping. (The company is now taking much the same tack, with better results, with its wildly popular Alexa voice assistant and Echo speaker.) Google’s new Pixel phone and Apple’s iPhone represent variations on the same theme.

Conspicuous by its absence from this list of strategic hardware-software pairings is Facebook. Considering that it counts more than a quarter of humanity among its users, Facebook may not have to worry about locking people in at the moment. Not to mention, the network is already grooming the next wave of users thanks to “Free Basics,” an initiative that makes mobile access to the site free of all charges in around 50 developing countries.

But the social media space is fast-evolving, increasingly fragmented, and hyper-competitive. Last year, according to some counts, Snapchat caught up with and overtook Facebook in terms of video traffic. So why hasn’t Facebook pushed a true consumer hardware pairing more aggressively until now … and will its delay prove costly in the long run?

To be fair, Facebook has flirted with hardware before. Back in 2013, for instance, the company released mobile software that would essentially turn an Android smartphone into a “Facebook phone,” with easy access to Facebook photos and messages right from the home screen. But Facebook Home, as the platform was known, was clunky and didn’t see much adoption. Within a year, Facebook abandoned the effort.

The company certainly has hardware dreams, though. The nearly $3 billion it paid for Oculus VR back in 2014 shows the company’s commitment to building a viable virtual reality headset. By winning the VR race — and developing the first hardware and platform for truly immersive social interaction — Facebook could keep users locked in for the foreseeable future. The only problem is that, by Zuckerberg’s own admission, it will take another decade before VR is ready for the mass market.

In the social media world, a decade is an eternity — more than enough time for Snapchat or maybe even Google to siphon off Facebook users with clever hardware integrations. Smart money, therefore, would suggest Facebook is already furiously at work building, copying, or buying a hardware stopgap. After all, if the company can develop a worldwide network of solar drones to deliver continuous Internet to every corner of the globe, coming up with some decent consumer hardware shouldn’t be so hard. So what gadgets might we see from Facebook in the immediate future?

Home or personal assistants are a possible starting point, especially considering Google has now entered the field with Google Home. Late last year, Zuckerberg posted a lengthy update and video in which he shared his personal efforts to build a virtual assistant — essentially a kind of digital butler — for his own home in Palo Alto. Judging from the post, however, “Jarvis” is no Alexa: There are no immediate plans to commercialize the product or even extend it beyond the Zuckerberg household.

On the other hand, given Facebook’s aggressive copying of Snapchat functionality in recent months — including the rollout of disappearing messages and Stories on Instagram  — a pair of Instagram-linked spectacles or glasses seems eminently possible. Indeed, considering that so many shareable, social-media moments happen “on the go,” wearables — like glasses or even a watch with a smart, voice-operated interface — would make a natural target for Facebook to build or buy.

If any of this is in the picture, however, Facebook is keeping tight-lipped. It’s not like the company is facing any existential threats right now. But innovators, especially ones worth north of $350 billion, are always looking ahead. Ultimately, the absence of a genuine hardware channel represents a real liability. Not only are phones, glasses, or other wearables a handy way to lock users in, they also function as the delivery vehicle. Without hardware, a company — even one like Facebook — risks being boxed out from the very consumers it’s trying to reach. All of which is why Facebook’s first concerted foray into the hardware space may come sooner than you think.

Ryan Holmes is the founder and CEO of Hootsuite. He started the company in 2008 and has helped grow it to 15-million-plus users, including more than 800 of the Fortune 1000 companies.